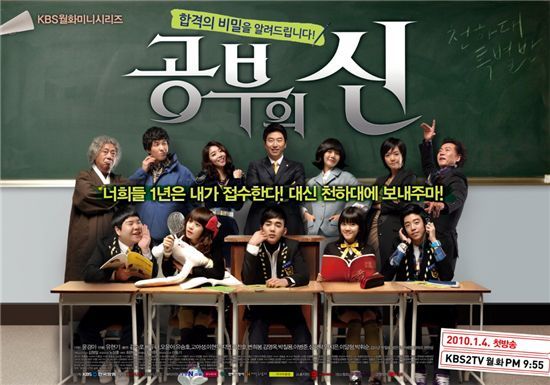 KBS TV series "Master of Study" ended its run with a bang yesterday, scoring the highest ratings the show has ever seen during its two-month airing.

The Monday and Tuesday evening drama, which premiered in Korea on January 4, had scored solid ratings from the beginning and eventually became the top-rated show in its time slot.

"Master of Study", starring Korean actor Kim Soo-ro as the main character, told the story of a determined lawyer who offers to teach five rebellious students and get them accepted into Cheonha University, the country's most prestigious college.

Based on a popular Japanese comic series "Dragon Zakura", the show also starred some of Korea's most-talented young actors including Yoo Seung-ho, Lee Hyun-woo and Go Ah-sung as high school students wanting to get into the top school and also experiencing young romance.