"May Queen" breaks own record, creates gap with "Five Fingers" 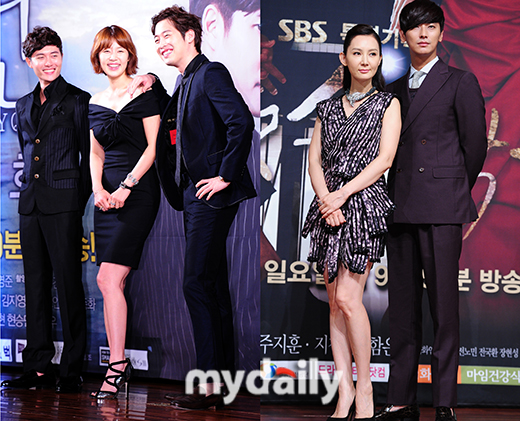 MBC weekend drama "May Queen" broke its own record again.

According to AGB Nielsen Media Research, "May Queen" rated 15.7%. this is 1.1% higher than the previous episode and the best so far.

"May Queen" and "Five Fingers" started off at the same time on the 18th in August. "May Queen" drew attention with the cast of Kim Jae-won and Han Ji-hye, those who haven't been seen for a long time and the excellent performance of the younger actresses and actors.

"Five Fingers" drew attention with Ju Ji-hoon as his fist drama in 5 years. It went through the issue of Ham Eun-jung from T-ara stepping down and Jin Se-yeon put in her place due to the 'T-ara happening'.

""May Queen" breaks own record, creates gap with "Five Fingers""
by HanCinema is licensed under a Creative Commons Attribution-Share Alike 3.0 Unported License.
Based on a work from this source