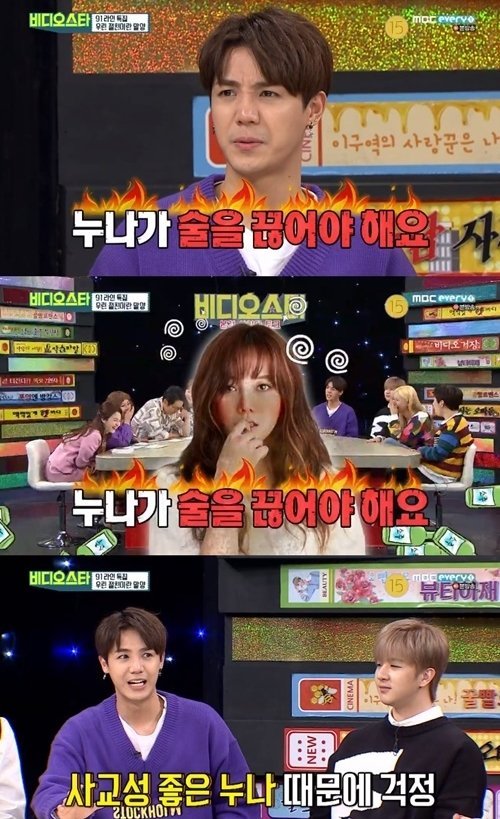 Mir said that he promised his sister he would never 'date' anyone that's an actress and she agreed not to date anyone that's a singer. He also said, "She needs to quit drinking".

Meanwhile, MBLAQ's Mir and Cheondung were guests on "Video Star" on the 12th.