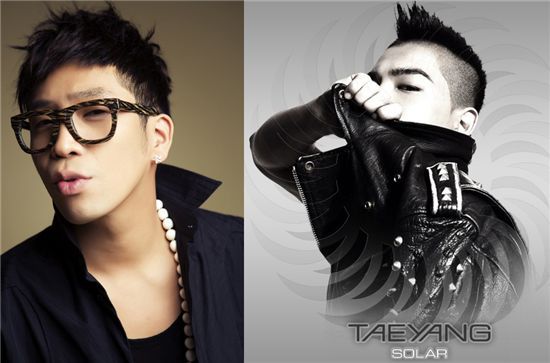 Korean rapper MC Mong has topped the Mnet's singles chart with his recent duet "Hurts Like Death" with female singer Mellow for the first week of July.

According to data released by the cable music channel on Tuesday, the rapper pushed back previous week's winner Big Bang member T.O.P (Choi Seung-hyun), taking his first win on the music chart.

The latest collaboration is featured in the second album "Blue Brand; Trauma" that includes various tracks from different recording artists. The songs from the album have fared well on several web-based music charts since its release on June 24.

The new single "Over Time" by singer Baek Ji-young came in at No. 2 and climbing up 11-slots to third place was "Because Of You" by rap duo Supreme Team Feat. Soulman.

Meanwhile, the first studio release from Big Bang member Taeyang made its debut atop the album charts, scoring the title of best-selling record during the week of June 28 to July 4.

The second album "Blue Brand; Trauma" featuring various artists slipped a notch from last week to No. 2, while the best collection record "Timeless; The Best" from Baek Ji-young bowed into third place on the music chart.

"MC Mong and Taeyang shine atop Mnet charts"
by HanCinema is licensed under a Creative Commons Attribution-Share Alike 3.0 Unported License.
Based on a work from this source