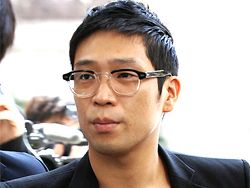 The court has sounded the gravel and the bottom line, Singer MC Mong is innocent. The justice system found that there may have been a delayment in his compulsory military duties, but there wasn't substantial evidence suggesting that the star purposely extracted his teeth to dodge his draft like the initial charge stated.

A rep from the Office of Military Manpower Administration revealed that the rapper was cleared on the charges of violating military service laws, although he has been convicted of interfering with a government official in duty execution. Because of the lack of evidence, the administration can't take further action.

The verdict requires Mong (real name Shin Dong-hyeon, age 33) to serve six months of imprisonment with a one-year probation in addition to 120 hours of community service.
However, it may not be a closed case as according to the court on April 11th, the prosecution side expressed their intent to object and appeal against the decision.