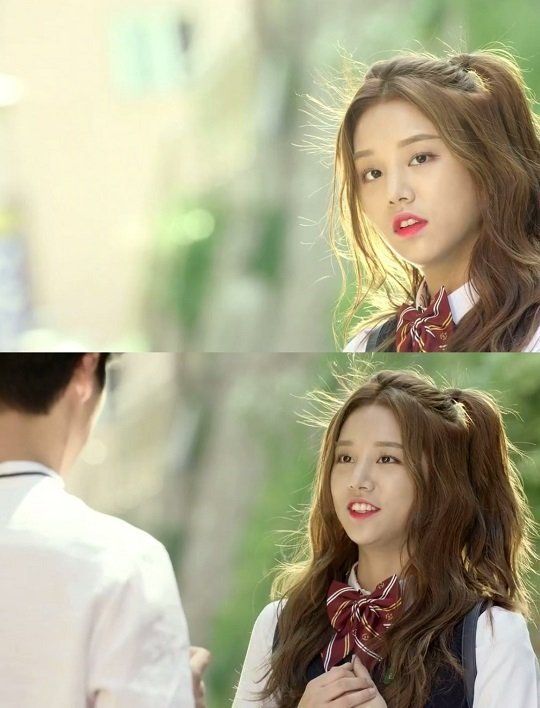 On the latest episode of the OCN drama "Melo Holic", Kim Min-jeong (LABOUM's Solbin) developed a crush on her brother Kim Joo-seung's (Choi Dae-chul's) close friend Yoo Eun-ho (Yunho) who lived with them.

Min-jeong ran into a mysterious man from the book store and fell for him. He also helped her run away from a pervert she met on the street.

"Melo Holic" is an original based on the Naver web-toon "Melo Holic" about a man with supernatural abilities and a woman with a split personality.

Solbin first began acting in the JTBC drama "Solomon's Perjury" and continued on to star in a web-drama called, "Dinner in a Strange Land", SBS's "Reunited Worlds", and more.

""Melo Holic" LABOUM's Solbin falls in love with Han Juwan"
by HanCinema is licensed under a Creative Commons Attribution-Share Alike 3.0 Unported License.
Based on a work from this source