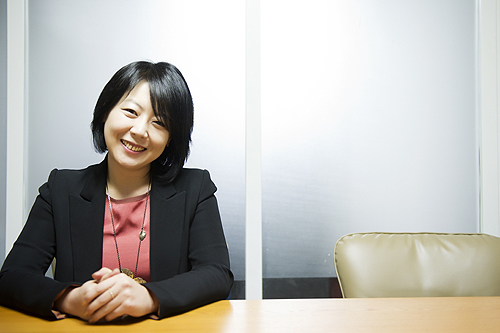 Heading up international sales company M-Line Distribution as Managing Director, Michelle SON has in a few short years positioned the company to handle a bulk of deals including foreign remake deals for major local titles. She spoke with KoBiz over the phone about looking beyond feature filmsfor exciting audiovisual content and the importance of facilitating international co-productions.

KOBIZ: Please tell us about the Bollywood remake of "My Girlfriend is an Agent". How did the deal happen and what are some of the latest developments?

SON: We were first approached by [Indian production company] UTV Motion Pictures a while after the film had been released in Korea [via Lotte Entertainment in April 2009]. They really enjoyed the endearing characters and hilarious plotline and thought that the local audience would like it. They showed a lot of enthusiasm in doing a remake and pretty much took it from there and said prominent cineastes would be involved, like Bosco in the directing chair and[filmmaker Imtiaz Ali and Preety Ali co-producing]. We have been informed that the casting is set and that they are ready to go into production. We have not received the details yet, and are waiting to hear back from them.

KOBIZ: Are there are any updates on the Hollywood remake of "Scandal Makers"?

SON: The William Morris Talent Agency bought rights to do the remake almost three years ago now, as you know. They were making preparations to remake the film but things were put on hold and we are still waiting on it.

KOBIZ: What kind of other projects is M-Line working on? What is the market like these days?

We usually handle about 70 to 80 works at a time, ranging from small, 50 million-won indie films to big-budget movies. Lately there has been a significant decrease in the number of big-budget works, given the situation of the film industry, and also since some of the large production companies like Lotte Entertainment have begun doing sales on their own. But we are now dealing with content other than Korean feature films.These days, movie theaters screen not only feature films but also concerts, operas and ballets. We recently sold "2AM SHOW" (the K-pop band's 2010 live concert) to four Asian countries and are working on the French musical "Mozartthe Rock Opera 3D". We're also eyeing English-language 3D animations.But whatever we do, no matter how small the film is, it's our company motto to work as if we are members of the film's crew.

KOBIZ: How did you first become involved in the film industry?

I've always been a fan of movies. I'm a native of Busan so I worked on the staff of the Busan International Film Festival's special event team during its first edition in 1996. I majored in French in college so I went to France to further pursue my studies. While I was there I visited the 1999 Cannes Film Festival and met some Korean film industry people in need of interpreters, and this led to getting hired at Korea Pictures.

KOBIZ: How and when did you launch M-Line?

I never expected to head my own company. I worked for ShowEast for a few years and got involved with sales around 2005. The company gained a reputation for selling "Old Boy" and other big titles like "Crying Fist", "Innocent Steps" and "April Snow". Around the time the company was about to shut down I was commissioned to do sales for several films such as "The Naked Kitchen". One thing led to another and I ended up launching my company in 2008.

KOBIZ: What lies next for M-Line?

Sales isn't just about buying and selling works. It's about working as a bridge between local producers and overseas markets, and also facilitating exchanges between foreign producers and the Korean market. It's not just about profits or turnovers either, and I believe there is a "plus-alpha" factor involved. There haven't been many successful international co-productions yet but we're going to continue pursuing collaborative endeavors as well as a diverse works other than just feature films.

"Michelle SON, Managing Director of M-Line Distribution"
by HanCinema is licensed under a Creative Commons Attribution-Share Alike 3.0 Unported License.
Based on a work from this source