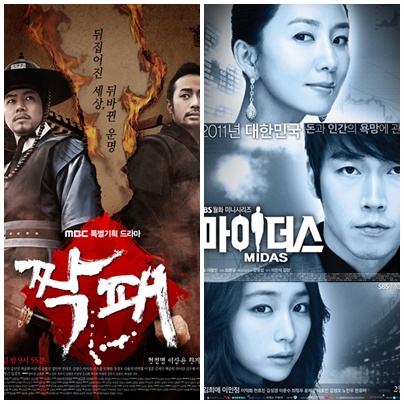 SBS "Midas" has caught up with MBC "The Duo" and is now competing hard.

They are saying a twist is possible due to the increase in its ratings. Also "The Duo" is showing a decrease.

As the layout of "Midas" is becoming tenser as the story goes, "The Duo" is slowing down in process and losing its rating as well.

""Midas" catches up with "The Duo"... only 0.1% gap"
by HanCinema is licensed under a Creative Commons Attribution-Share Alike 3.0 Unported License.
Based on a work from this source