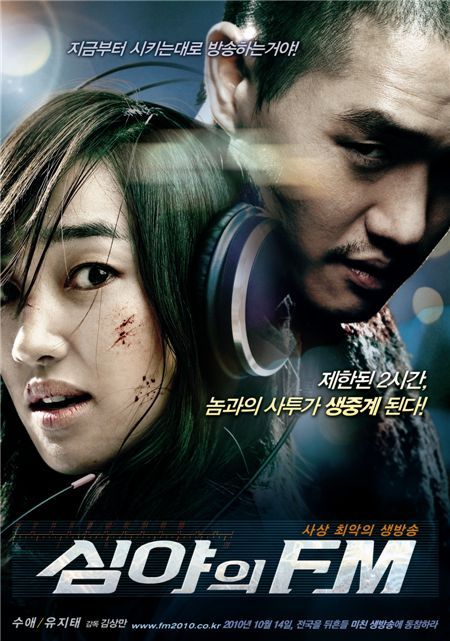 According to the Korean Box Office Information System (KOBIS), the suspense film starring actress Soo Ae and actor Yoo Ji-tae attracted 272,745 viewers during the weekend of October 22 to 24, adding up to a total of 772,759 admissions since opening two weeks ago.

Local romance "Cyrano Agency" continued to hang in within the top five ranks, coming in as number four. Comedy "He's on Duty" that deals with the irony of multicultural society in Korea took fifth place.

Other films that made it into the chart were "Letters to Juliet", "Reign of Assassins", "Loveholic - Movie" and "Detective Dee", and "The Recipe".

""Midnight FM" continues to rule this week's box office "
by HanCinema is licensed under a Creative Commons Attribution-Share Alike 3.0 Unported License.
Based on a work from this source