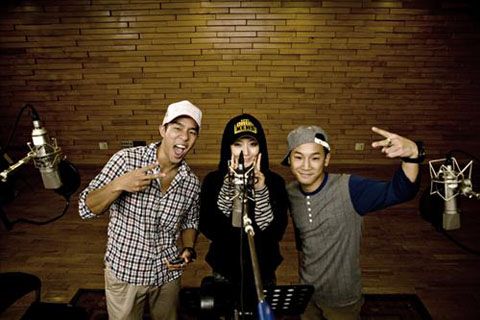 Hip hop duo Mighty Mouth (Sang Chu, Shorry) and actress Kim Hee-sun have recorded the song entitled "Love is", and the song will be released as a digital single on October 14.

Mighty Mouth has previously released songs in which many singers such as In Soon Yi, Yoon Eun-hye, Son Dam-bi, and Sun Ye in Wonder Girls have participated, but this time the duo has drawn more attention as they worked together with Kim Hee-sun, who has taken a break for quite a long time.


Kim Hee-sun had already received a favorable response from viewers when she sang Natalie Cole's song entitled "Love" during an appearance on the MBC drama "Sad Love Story" in 2005.