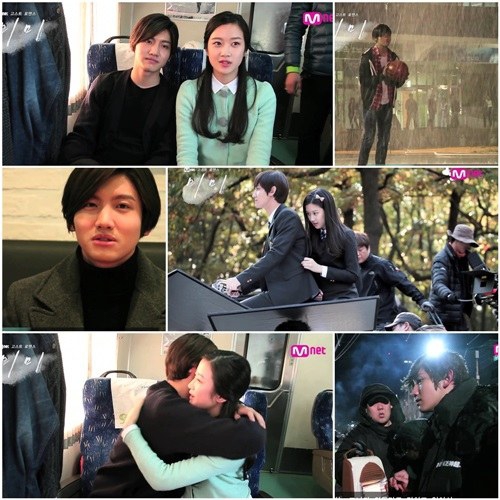 Changmin is done with "Mimi".

The final makings of the Mnet drama "Mimi" were revealed through YouTube.

Changmin and Moon Ga-young are hugging and comforting each other, sad that the drama is over and talking about what they remembered most about the drama.

Changmin said, "It was cold when we filmed the drama so the rainy scenes were quite cold". He recalled the fun parts with Moon Ga-young.

Changmin also said that in the final making, he was shooting a scene under the rain when the rain turned into hail and worried about how tired and cold Moon Ga-young must be. "I was wearing a jacket but she was lying there in her spring clothes".

Meanwhile, the fourth episode of "Mimi" shows Mimi as a ghost and this leads to the secret of Min-woo's lost memories.

""Mimi", the final shot"
by HanCinema is licensed under a Creative Commons Attribution-Share Alike 3.0 Unported License.
Based on a work from this source