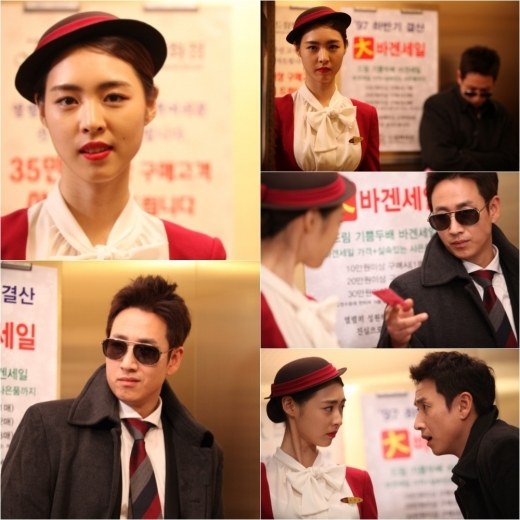 "Miss Korea" is a romance comedy about a making the neighborhood queen Oh Ji-yeong (Lee Yeon-hee) the next Miss Korea, to save the financial conditions of a cosmetic company during IMF. The still cut explains the elite man Lee Sun-kyun trying to convince the elevator girl to become the next Miss Korea.

The major background of the drama is set in the year 1997. Lee Yeon-hee wears out-of-date make up and Lee Sun-kyun is dressed to suit the time.

The two of them are standing in an elevator and are putting on faces that are hard to read. Many are anticipating this late 90's mix-up and the performance of the actor and actress.

Romance comedy "Miss Korea" will be released on the 18th this month.

""Miss Korea" Lee Sun-kyun and Lee Yeon-hee in the year 1997"
by HanCinema is licensed under a Creative Commons Attribution-Share Alike 3.0 Unported License.
Based on a work from this source