"Missing You" becomes the last in ranking 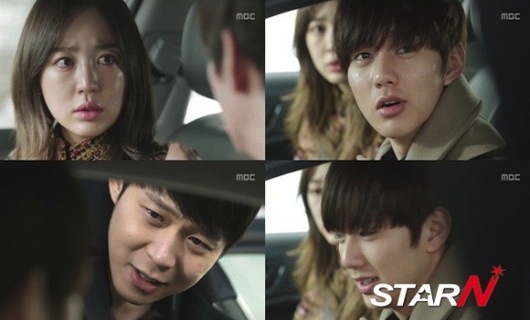 "Missing You" became the last out of all three dramas.

According to AGB Nielsen Media Research on the 4th, MBC drama "Missing You" rated 10.4%.

This is 0.5% lower than the previous record but it was completely pushed off the grid this time.

"Missing You" has been on the go since the first episode. However, now that the finale isn't far ahead and the tension increases in Park Yoo-chun, Yoon Eun-hye and Yoo Seung-ho's love triangle, it's fallen to being the last out of the three dramas.

The first place was taken by "Jeon Woochi - Drama" and SBS "The Great Seer" also managed to catch up with "Missing You".

""Missing You" becomes the last in ranking"
by HanCinema is licensed under a Creative Commons Attribution-Share Alike 3.0 Unported License.
Based on a work from this source