"Missing You" Kim So-hyun at her peak 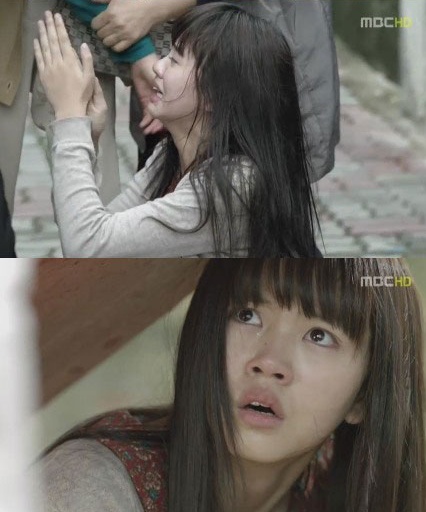 Kim So-hyun left a strong impression on the first episode of the MBC drama "Missing You".

She took on the role of a middle school student with anguish and proved her maturity as well as her development in acting.

Lee Soo-yeon had the dark title of 'a murderer's daughter' when she was young.

Soo-yeon was ignored by everyone at school and her neighborhood for the reason that she was the daughter of a murderer. She is also the first love of Jeong-woo (Yeo Jin-goo).

Although she is still young, Kim So-hyun proved her abilities this day with strength even a grown up actress would find hard to portray.

She acted out the weak and helpless child in front of her father's violence but she would become so bright and happy when she was with her first love. She showed so much seasoning with every scene.

Netizens say, "Kim So-hyun is pretty and talented", "The love you couldn't complete with Yeo Jin-goo in "The Sun and the Moon", make it happen here" and more.

Meanwhile on "Missing You", Jeong-woo expresses hi honest feelings to Soo-yeon and Tae-joon (Han Jin-hee) and Hyeon-joo (Cha Hwa-yeon) are fighting over inheritance.

""Missing You" Kim So-hyun at her peak"
by HanCinema is licensed under a Creative Commons Attribution-Share Alike 3.0 Unported License.
Based on a work from this source