Missy Elliott To Perform At KCON 2013 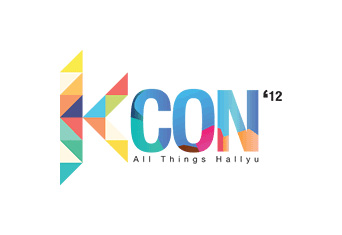 "I'm excited to be a part of KCON. This event will allow me to interact with a diverse group of artists and fans", said Missy Elliott.

Missy Elliott represents the most recent example of a hip hop artist participating in the worldwide explosion of K-pop. Since releasing her debut album, Supa Dupa Fly and hit single "The Rain" in 1997, Missy Elliott and her distinct vocal style skyrocketed to the upper echelons of rap music success and became one of the most recognizable figures in America pop culture. In her storied career, Elliott has become the only female rapper to have six albums certified platinum and has found herself on stage winning countless awards including a Grammy Awards for Best Rap Solo Performance ("Get Ur Freak On"). Often alongside famed producer Timbaland, Elliott has also worked with many of the music industry's biggest names including, Whitney Houston, Christina Aguilera, Beyoncé and Mariah Carey to name a few.

After a hugely successful inaugural event last year, KCON has gotten bigger - moving to Los Angeles for the first time and expanding to two days. The star-studded K-pop concert will bring to close a convention that covers every nook and cranny of Korean pop culture through a wide variety of panels, workshops, artist engagement sessions and more.

"The combination of rap royalty and some of K-pop's biggest names performing at the same event in Los Angeles is exactly why we have created KCON", said Ted Kim, president and CEO of Mnet America. "For one weekend, the Los Angeles Sports Memorial will become the capital of K-pop in America".

KCON is set to take place on August 24 and 25 at the Los Angeles Memorial Sports Arena in Los Angeles. The concert will also be the first ever U.S. taping of the #1 K-Pop countdown show, MCOUNTDOWN.  Headlining acts of M COUNTDOWN What's up LA includes leading K-pop artists, such as EXO, f(x), 2AM, TEEN TOP, Dynamic Duo, and leader of K-pop super group BIG BANG, G Dragon.

For more information and updates, please visit www.kconusa.com, go to www.facebook.com/kconusa or follow @kconusa on Twitter andInstagram. Tickets can be purchased through the KCON website here and range from $60 to $300 for varying admittance to the six act concert, the convention floor and VIP access areas.

KCON is produced by Mnet America (www.mnetamerica.com), a youth entertainment brand for all things Asian cool, which includes the biggest national, English-language lifestyle TV network in the U.S. for fans of Asian pop culture. Mnet America is a division of CJ Group; Korea's leading lifestyle and culture company.

"Missy Elliott To Perform At KCON 2013"
by HanCinema is licensed under a Creative Commons Attribution-Share Alike 3.0 Unported License.
Based on a work from this source