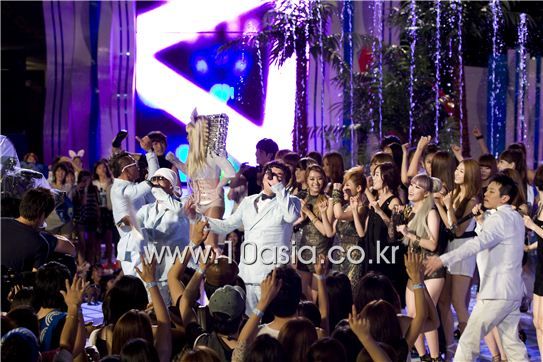 "We are not a singing awards ceremony", an Mnet official emphasized to journalists at the press zone but it is true that the event for its fourth year being 'a cultural awards ceremony which represents the sentimentality of people in their 20s', is still an unfamiliar concept to those of us who are used to categorizing culture and then ranking it. But it is just one of those things which are difficult to understand when trying to conceptualize and explain yet completely understandable seen and felt. It is the same with "20's Choice".

Emcees Heo Dong-hwan and Lee Hwa-jung had barely finished saying "We thank all the people who are here at the 2010 '20's Choice'", when hip-hop duo Supreme Team appeared and pushed them into the pool which was actually the opening act, and designer Ha Sang-beg held a fashion show performance with members of girl groups Secret, miss A and Nine Muses as the models. And there was no awkwardness even when professor and computer security expert Ahn Chul-soo gives his award acceptance speech through the VCR in his composed and calm manner because the audience in their twenties, who might have gone wild over boy band 2AM's performance, also do not hold back in applauding this creative and ethical businessman.

Hence the only disappointment felt after the show's closing remarks by emcees Seo In-young and Jo Kwon was that this 30-year-old reporter could no longer engage in the show. That is when DJ DOC, whose average age of its members are 37.7 years, adorned the grand finale of the show with their hit song "Run to You" with the rest of the 'babies'. With this song which was released ten years ago, 4minute Hyun-ah who is in her teens, 40-year-old Lee Ha-neul and the 30-year-old reporter all became one, jumping up and down while shouting "Bounce me". This, is "20's Choice". 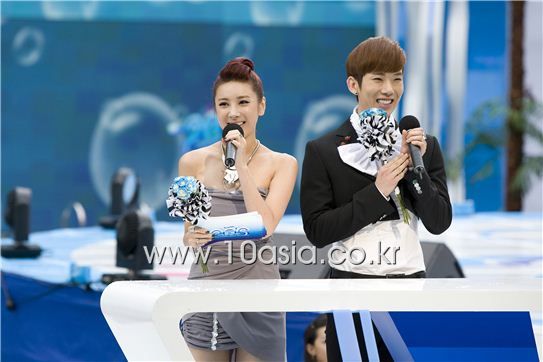 "Mnet "20's Choice" -- needless to explain with words"
by HanCinema is licensed under a Creative Commons Attribution-Share Alike 3.0 Unported License.
Based on a work from this source