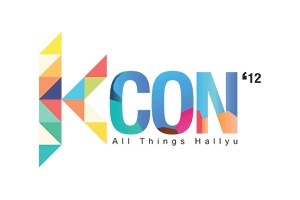 First Event of Its Kind Draws Over 10,000 to Irvine and over 130,000 for the simulcast live stream on brand new digital platform

KCON (www.kconusa.com), the first-ever large-scale convention dedicated to the hottest entertainment coming out of Asia including K-pop music, Korean dramas (K-dramas) and movies was held this past weekend on October 13 in Irvine, CA at the Verizon Amphitheater.

- More than 10,000 fans attended the sold out convention and concert.

- More than 76,000viewers went to MCube to view live streams from the convention via the Backstage Pass app.

- "KCON" trended worldwide on Twitter during the October 13th convention.

- 70 special guests and speakers were in attendance from all across the entertainment industry, including K-Pop, J-Pop, anime, dance, fashion, digital video and more.

- Over 15 musical artists performed including 6 of the hottest idol acts from Korea.

KCON was a full-day event ranging from autograph signing sessions, celebrity panels to contests and fan workshops aimed at everyone from the super fan of K-pop and Asian Pop Culture to those ready to be initiated into the global Korean Wave. A star-studded K-pop concert with performances by 4Minute, VIXX, EXO-M, G.NA, Nu'est, B.A.P, dumbfoundead, and AJ Rafael closed off the milestone Korean Wave event.
A recap of the day's events can be seen here: http://youtu.be/yOzO2sFiBXA.

"KCON proving to be such a success underlines strong direction K-Pop and the Korean Wave are headed in the United States", said Ted Kim, acting president and CEO of Mnet America".We look forward to bringing the fans an even better event next year".

The event was be produced by Mnet America, a youth entertainment brand for all things Asian cool, which includes the only national, English-language lifestyle television network in the U.S. for fans of Asian pop culture. Original Mnet series including Angry Little Asian Girl, Kollaboration,Danny from LA, The Stitch, Beats Per Mnet (BPM) andJjang! were represented at the event, as well. For more information on Mnet America, visit its new MCube digital portal at www.mnetamerica.com.

"Mnet America Brings K-pop To The U.S. With Sold-out KCON Fan Convention & Concert"
by HanCinema is licensed under a Creative Commons Attribution-Share Alike 3.0 Unported License.
Based on a work from this source