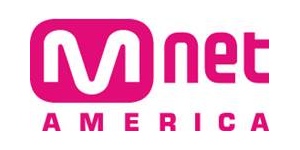 Mnet America (www.mnetamerica.com), the nation's leading network dedicated to Asian American entertainment programming, and Time Warner Cable have agreed to extend their carriage in Los Angeles and bring the network to San Diego and Desert Cities. Other Time Warner Cable markets where Mnet America will continue to be available include New York City, Dallas-Fort Worth and Honolulu, all on channel 1490. Mnet America's overall distribution footprint now exceeds 20 million homes.

"Introducing Mnet America to homes in San Diego is a great next step in the amazing and mutually beneficial relationship we continue to enjoy with the Time Warner Cable family", said Sang Cho, president of Mnet America. "Fans of Asian entertainment are everywhere, so we're very happy that now even more of them can call Mnet America their television home".

Mnet America, the leading national, English-language lifestyle television network in the U.S. for fans of Asian pop culture, airs many of the best-in-breed entertainment programming including original shows such as Danny from LA, Korean dramas, music videos, anime and movies. The network is the premier television destination for K-pop music, providing fans with a slew of documentaries, music videos and concert series to feast their eyes and entertainment taste buds on.

Mnet America – taking their engagement with Asian pop culture fans in the U.S. to the next level – is also producer and exclusive broadcaster of the year's largest and most-popular Korean entertainment fan convention, KCON. KCON attracted over 75,000 fans in L.A. & NYC in 2015.

"Mnet America Expands Distribution Agreement with Time Warner Cable to Include San Diego & Increased Distribution in Los Angeles"
by HanCinema is licensed under a Creative Commons Attribution-Share Alike 3.0 Unported License.
Based on a work from this source