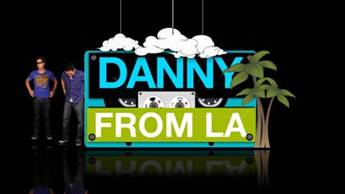 Mnet America, the only national, English-language lifestyle network in the U.S. for fans of Asian pop culture, just released news that "Danny from LA" will tape its season 2 premiere episode live at KCON 2013 (www.kconusa.com), the country's largest and first convention for k-pop fans which is taking place on August 24 and 25 at the Los Angeles Memorial Sports Arena in Los Angeles, California.

"Danny from LA" is a weekly pop culture talk show, hosted by Danny Im from the Korean hip-hop group 1TYM, and the very funny Kevin Shea (Comedy Central, Jimmy Kimmel Live, HBO, NBC). Each week, Danny and Kevin speak with special guests, including idols, artists, actors, sports stars, and other top personalities. They discuss behind-the-scenes info, what's happening in popular media, and other topics from the off-beat to fascinating. For more information about the show please visit Mnetamerica.com.

"Mnet America's "Danny from LA" to tape live at KCON 2013!"
by HanCinema is licensed under a Creative Commons Attribution-Share Alike 3.0 Unported License.
Based on a work from this source