Moon Chae-won: 'Impressions of 'The Princess' Man' Still Lingers in My Mind' 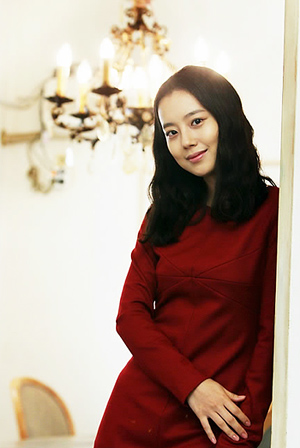 Actress Moon Chae-won, who had played the female protagonist -- the daughter of Soo Yang Dae Goon named Lee Se Ryung -- in the KBS drama "The Princess' Man" that recently finished airing, said, "I personally liked the happy ending of the drama even though I also thought it must have had a strong impact with a tragic ending. People tend to expect vicarious satisfaction from watching a drama (laugh). I was very much satisfied with the idea that I could deliver a message of hope to the viewers". She had obtained love after experiencing many troubles and difficulties in the drama, and her happiness seemed to have revived again. Moon Chae-won (25) was highly praised by the viewers for her excellent acting in "The Princess' Man" by playing the character who falls in tragic love with the son of Kim Jong Seo named Seung Yoo (Park Si-hoo) in the drama. 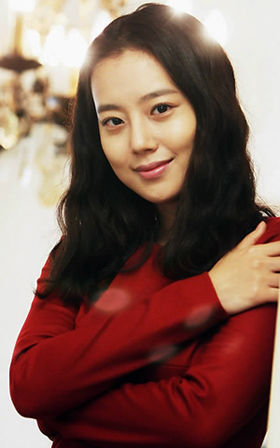 ▲ Moon Chae-won in "The Princess' Man" During a recent interview held at Cheongdamdong in Seoul, Moon explained, "I could not easily come out from the lingering images of 'The Princess' Man'. I usually tend to have mixed feelings after I finish dramas, but 'The Princess' Man' seems to have special meanings to me. The lingering impression is lasting longer than any other works. I am trying to comfort myself while listening to the drama's original soundtrack". The character Se Ryung transforms from a cheerful and lovely woman into a strong woman who abandons her status as a princess for love. Moon Chae-won said, "There was a risk as the character dramatically changed her personality, but I had wanted to play Se Ryung as she was a very interesting character. I put my effort to present her as a strong woman with strong impression as the story developed". She continued to explain the character by saying, "Se Ryung from the first episode until the third episode just seems to be a curious girl, but she becomes a mature woman by falling in true love after the seventh and eighth episode. Both of her different appearances could rarely be seen in any other historical drama, so I found it really exciting. Usually people have their own standard for their behaviors, but Se Ryung is a person who always behaves according to her emotion". But the extraordinary character of Se Ryung had aroused controversy on Moon Chae-won's acting ability in the beginning of the drama, as people pointed out that the curious character did not seem to be suitable for a historical drama. Moon said, "I might have caused a mistake when I played her in the beginning of the drama. I had thought that Se Ryung and Seung Yoo were characters that were likely to appear in a fairy tale because they sacrificed everything for each other in the time period, and I had wanted to make Se Ryung outstanding as she was not an ordinary person in the drama. But I might have made her too outstanding in the beginning against my effort. Senior actors usually say that actors need to express a refined emotion in a historical drama, and I might have failed to present relevant acting in a historical drama at first. Even though my acting was restless in the beginning, I could gradually become more immersed in the situation that Se Ryung encountered after the revolt, and my acting became more natural". 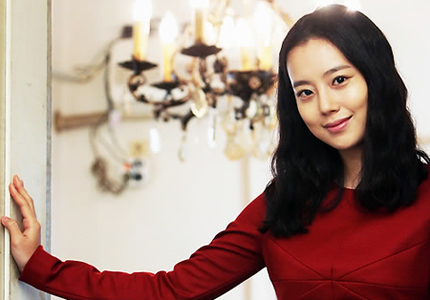 Se Ryung and Seung Yoo, the "Romeo and Juliet" of the Joseon Dynasty, encountered many critical moments that were matters of life and death before their love come true. Asked about the most unforgettable scene, Moon Chae-won picked the scene in which Se Ryung was shot by an arrow instead of Seung Yoo at the end of the fourteenth episode. She said, "One of the good things that I felt while filming 'The Princess' Man' was that the emotions between the two male and female protagonists developed very fast, and I think that the scene of the fourteenth episode was the peak of their emotions toward each other. Seung Yoo kidnapped Se Ryung with a vengeful spirit towards Soo Yang Dae Goon, but Se Ryung sacrificed herself by letting herself be shot instead of Seung Yoo, which was very interesting. The love-hate relationship between the two characters was revealed, and I especially liked the scene because I could see the anger of Seung Yoo for the first time. I came to feel more attachment to Seung Yoo from that moment (laugh)". Asked about the harmony with actor Park Si-hoo, she answered, "His rather slow pattern of acting helped me to present melodrama. He is originally not a type of person who speaks fast and changes his mood dramatically, so his calm personality helped me to keep my emotion. I have known him before we filmed the drama, so we did not need much time to get to know each other". In addition, Moon Chae-won also mentioned the harmony with actor Kim Young-chul, who maintained a state of confrontation because of Seung Yoo, by saying, "I have been very lucky in terms of having a good father and mother in the work. Actor Park In-hwan, who played my father in the drama 'It's Okay, Daddy's Girl', and Kim Mi-sook, who played my mother in the drama 'Shining Inheritance', were both very good actors, so I think that I have been very lucky (laugh). I also learned many things from Kim Young-chul. He has shown various aspects from a humorous appearance to a charismatic appearance. He also gave me many tips about acting in a historical work and the proper attitude on the set. There were many difficulties while filming 'The Princess' Man', but I could finish the drama without any problems thanks to many senior actors' support and help. Above all, I am very happy that the character Se Ryung has been greatly loved by many people".

Moon Chae-won debuted with her appearance in the SBS drama "Mackerel Run" in 2007, and became acknowledged by playing a Korean geisha named Jeong Hyang in the drama "The Painter of the Wind". And her acting ability was gradually proven when she appeared in "Shining Inheritance" and "It's Okay, Daddy's Girl", and her acting blossomed this year. She proved her acting ability by playing the female protagonist of "The Princess' Man", and she also garnered the Best New Actress Award at the 48th Daejong Film Festival with her appearance in the movie "Arrow, The Ultimate Weapon". Moon said, "When I garnered the award at the Daejong Film Festival, I had never expected the award and I had not prepared an acceptance speech for the award. I could receive the award not because of my own charms as an actress but because of the charms of the character in the movie". She made her last comment, saying, "It will take a long time to make people feel affection towards the actress Moon Chae-won, but I feel very good as the characters whom I played in the previous works were greatly loved. I will appear in many other good works in the future to become an actress who deserves people's positive evaluation saying, 'It is good to see her often on TV' rather the evaluation saying, 'Here she is again'".

"Moon Chae-won: 'Impressions of 'The Princess' Man' Still Lingers in My Mind' "
by HanCinema is licensed under a Creative Commons Attribution-Share Alike 3.0 Unported License.
Based on a work from this source