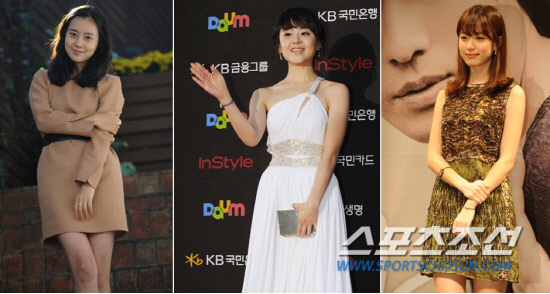 Moon Chae-won was in the drama "Painter of the Wind" and "Shining Inheritance" with Han Hyo-joo and Moon Geun-young.

The three stayed in contact after the dramas and have remained good friends.

In a recent interview she said, "There are many friends the same age as me but Han Hyo-joo and Moon Geun-young are quite special. They are very nice friends and have similar tastes as me.

She continued, "They both enjoy leisure pursuits and know a lot about society. They also advise me a lot in acting. They are the kind of friends who will put out their hands out to me first and they are also actresses I like".

She said, "There are many actresses in their 20's and 30's who have beauty and talents, but I especially like Son Ye-jin. I have watched all of her works and they made a good impression. I think her easygoing attitude was great in "Alone in Love". I like people with clear eyes".

Moon Chae-won was recently in the drama "The Princess' Man" as Se-ryeong, daughter to General Soo Yang, who gets married with the man she loves despite the family's objection.

"Moon Chae-won "Moon Geun-young and Han Hyo-joo are special friends""
by HanCinema is licensed under a Creative Commons Attribution-Share Alike 3.0 Unported License.
Based on a work from this source