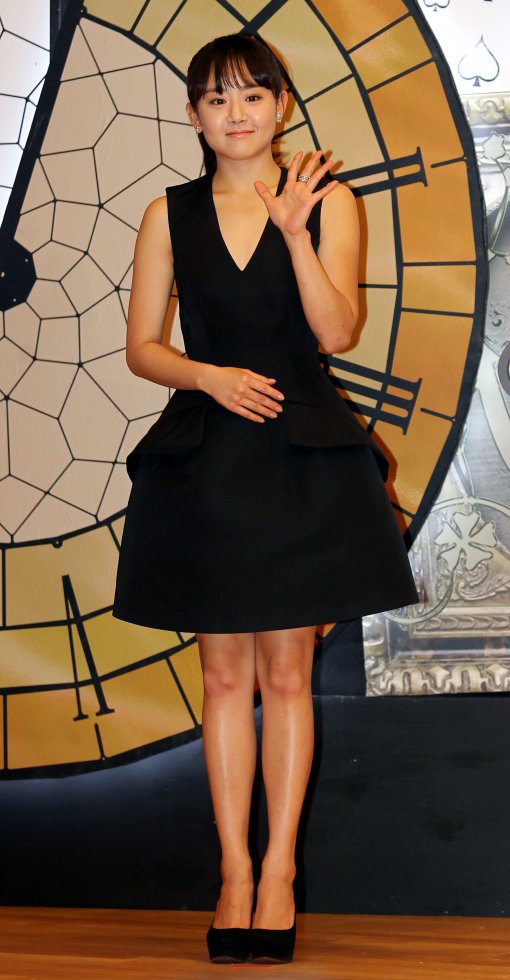 "The face looks bigger on TV...thanks to the attention"

These are some of the comments on the bulletin board of the SBS drama "Cheongdam-dong Alice" in which actress Moon Geun-young is starring in right now. Not only that, there are comments like, "Her face is swollen", "Her face is different" and more. There are suggestive remarks about a plastic surgery too.

Fans claim that her slim face has become wider including her chin. They say, "She has been so cute and young but maybe she tried to look different for a mellow look".

Moon's agency claim, "Her face seemed bigger on TV so we suggested getting a pressure massage but she doesn't seem to be interested. She doesn't like going to hospitals either. Making assumptions about plastic surgery to an actress is like a knife. All this is too much but we think it's because of the attention she gets".

Meanwhile, Moon Geun-young is adding to the increase of the viewing rate of the drama with her natural and romantic act with Park Si-hoo.

"Moon Geun-young did plastic surgery?"
by HanCinema is licensed under a Creative Commons Attribution-Share Alike 3.0 Unported License.
Based on a work from this source