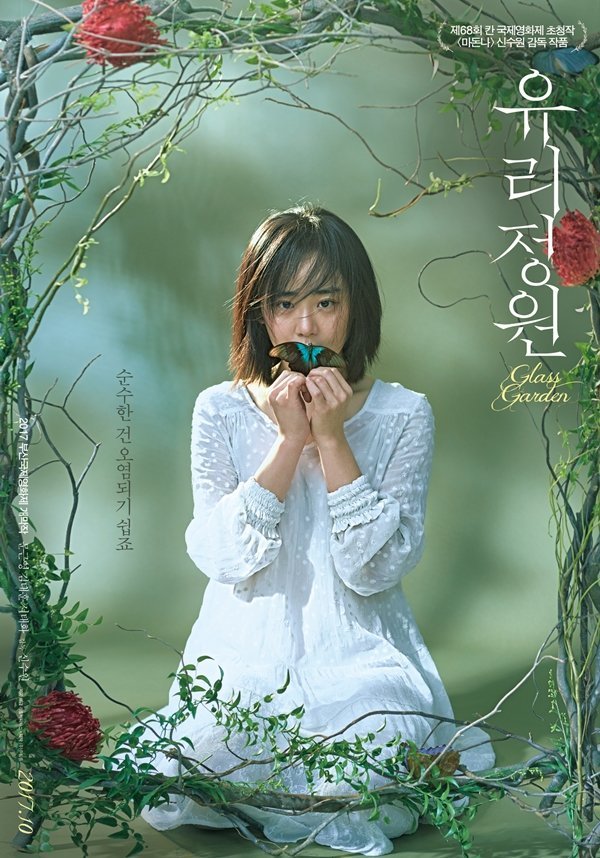 The opening film of the Busan International Film Festival, "Glass Garden", will be released on the 25th of October. "Glass Garden" is about the shocking secret and mysterious events that happen when a writer (Kim Tae-hoon) publishes a novel about a natural scientist natural scientist named Jae-yeon (Moon Geun-young) who studies artificial blood in a glass garden and it becomes a best seller.

In the preview of the movie, Moon Geun-young looks out the window and says, "Innocent things are easily tainted".

The background boasts of a beautiful expanse of forest and Moon Geun-young's narration, making the film more fantastical and mysterious.

This is Moon Geun-young's first film in two years.