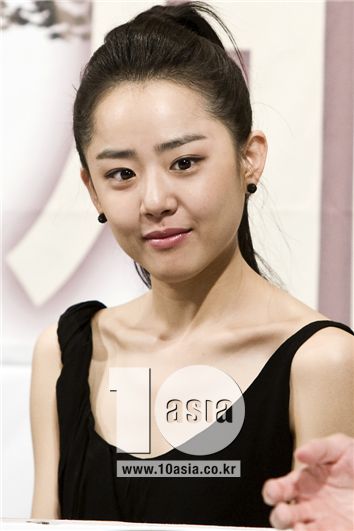 Actress Moon Geun-young has been cast in the Korean version of play "Closer", taking to the theatrical stage for the first time since making her acting debut 11 years ago.

The play's producer Aga Company said Wednesday that Moon will play the role of strip dancer Alice in the famed production by English playwright Patrick Marber.

"She had expressed strong intention of playing the role of Alice and has been participating in the rehearsals enthusiastically since the very beginning", an official at Aga was quoted as saying.

Moon will be amongst a string of actors from her agency Namoo Actors who will be taking part in a series of overseas plays jointly produced in Korea by Namoo, Aga and CJ Entertainment.

"Closer", which premiered in London in 1997 and made a North American debut on Broadway two years later, has been translated into some 30 languages and shown in over 100 cities around the world. It will run in Korea for two months starting August.

The play had also been adapted into a film of the same title in 2004 with director Mike Nichols and a cast composed of some of Hollywood's biggest names including Julia Roberts, Jude Law, Natalie Portman and Clive Owen. Portman played the role of Alice.

Moon, 23, first garnered attention playing the younger version of the female lead in the popular 2000 drama "Autumn in my Heart", starring Hallyu stars Song Seung-heon, Song Hye-kyo and Won Bin, and rose to stardom after starring in the hit horror film "A Tale of Two Sisters" in 2003.

She had solidified her position as 'the nation's little sister' with several more films and television dramas including "My Little Bride" (2004) and "Innocent Steps" (2005) but has been taking on more mature roles lately to shed herself of the childish image.

Her efforts have been successful -- Moon won the grand prize at major broadcaster SBS' year-end Acting Awards last year for her role as a talented painter in drama "Painter of the Wind" which has received several international acclaims and her latest series "Cinderella's Sister" topped TV ratings charts during its 20-episode run earlier this year.

"Moon Geun-young turns stripper in play "Closer""
by HanCinema is licensed under a Creative Commons Attribution-Share Alike 3.0 Unported License.
Based on a work from this source