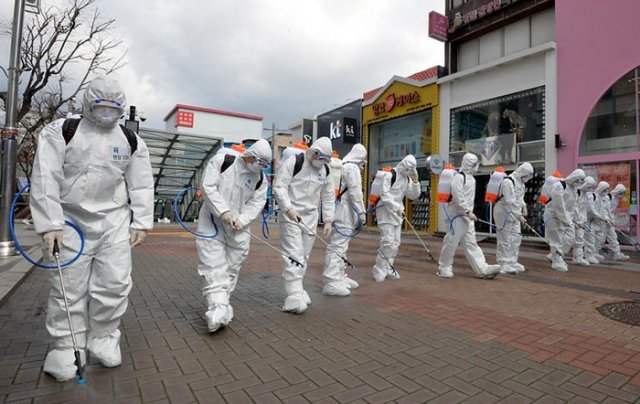 The Chosun Ilbo and TV Chosun donated a combined W170 million to the Community Chest of Korea on Thursday to cover the costs of sending masks and dispatching medical staff to Daegu and North Gyeongsang Province, the two areas hit hardest by the coronavirus outbreak (US$1=W1,215).

Former baseball player Lee Seung-yeop, whose hometown is Daegu, donated W50 million to join efforts in helping the city to get through the crisis.

POSCO, which has its headquarters based in North Gyeongsang Province, will donate W5 billion. Korea's largest Internet portal Naver donated W2 billion to the Community Chest of Korea and GS Group W1 billion.

A growing number of companies are offering other forms of support. Telecom company KT will reduce rent by 50 percent for small business owners at its buildings in Daegu and North Gyeongsang Province for up to three months. For those in other areas, it will lower rent by 20 percent, or up to W3 million per month.

"More Companies, Celebrities Join Effort to Fight Coronavirus"
by HanCinema is licensed under a Creative Commons Attribution-Share Alike 3.0 Unported License.
Based on a work from this source