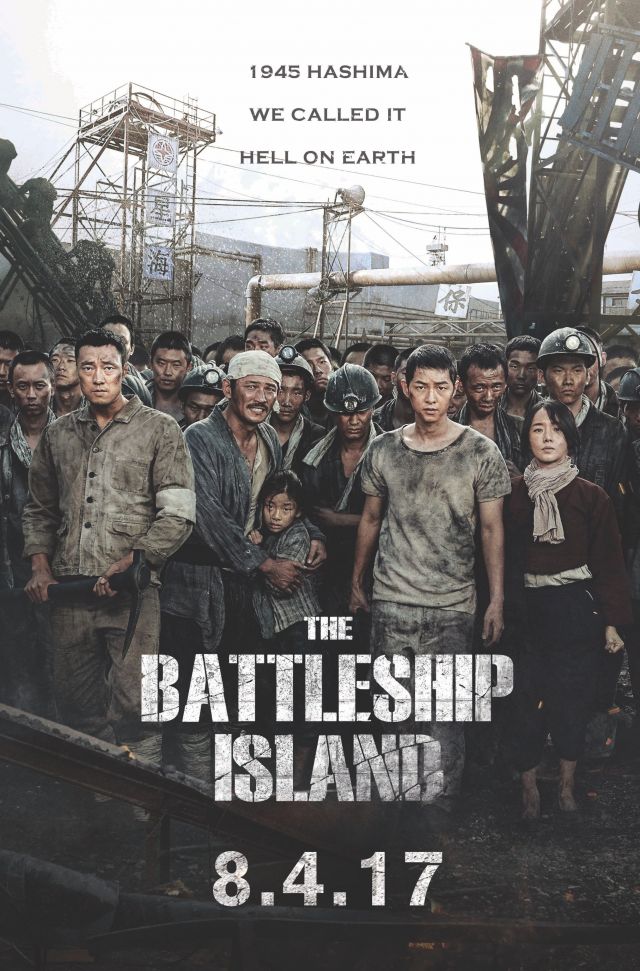 CJ Entertainment's highly anticipated summer blockbuster, "The Battleship Island", a historical war film, is set to release on July 26 in Korea and on August 4 in over 40 cities across the U.S. and Canada. The title was featured at the Cannes Film Festival last month and was pre-sold to 113 territories worldwide.

"The Battleship Island" is based on a true story during WWII when Korea was under the colonial rule of Japan. In 1944, 400 conscripted Korean civilians head out to Hashima Island. Nicknamed ""The Battleship Island"" after its resemblance to a war vessel, many were lured by false promises of high wages. Upon arrival, they found that workers are forced into slave labor. As the U.S. launches a massive counterattack on Japan, the Japanese decide to blow up the island in order to bury the truth about their awful treatment of the Korean slave labors. A Korean independence activist discovers the plan and works with others on the island for a mass escape.

The film is directed by Ryoo Seung-wan ("Veteran", "The Berlin File"), and stars Hwang Jung-min ("Ode to My Father", "The Himalayas"), So Ji-sub ("Always", "Sophie's Revenge"), Song Joong-ki ("Descendants of the Sun", "A Werewolf Boy"), and Lee Jung-hyun ("Alice In Earnestland", "The Admiral: Roaring Currents").

"Most Anticipated Korean Film of 2017 "The Battleship Island" Debuts in the USA and Canada August 4"
by HanCinema is licensed under a Creative Commons Attribution-Share Alike 3.0 Unported License.
Based on a work from this source