Most Korean Kids Still Want to Be Teachers 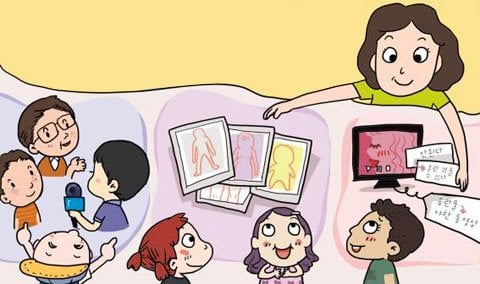 Teaching remains the most popular profession among schoolkids in Korea, according to a survey by the Korea Research Institute for Vocational Education and Training.

The institute polled 18,402 schoolchildren across the nation.

Among high-schoolers, nine percent of boys and 15.6 percent of girls said they want to be teachers. Next among boys came scientist (5 percent), office worker (4.5 percent), policeman (4.2 percent) and corporate CEO (4.1 percent).

In middle school the proportion who said they want to be teachers was 8.9 percent of boys and 19.4 percent of girls.

In elementary school 17.8 percent of girls also wanted to be teachers, but among boys the job got barely a look-in. Instead athlete was the runaway favorite, followed by doctor, lawyer and policeman.

A similar survey of 74,346 parents found that they too favor the relatively stable teaching profession for their children.

"Most Korean Kids Still Want to Be Teachers"
by HanCinema is licensed under a Creative Commons Attribution-Share Alike 3.0 Unported License.
Based on a work from this source