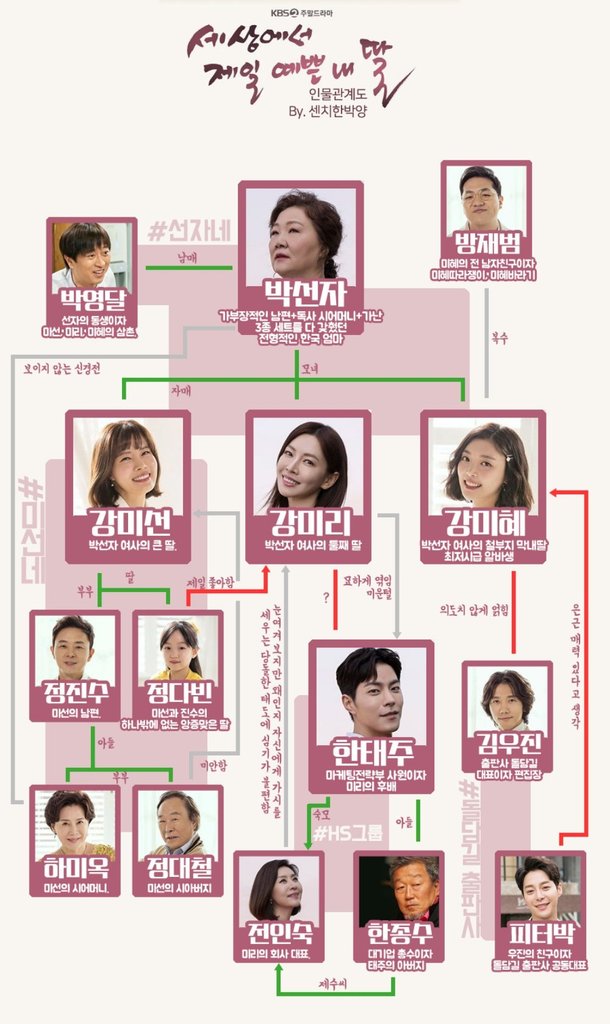 The correlation chart of popular weekend drama "Mother of Mine" is drawing the public's attention.

The KBS 2TV weekend drama "Mother of Mine" is a drama about a mother and her three daughters living in today's day and age.

Choi Myung-gil is Mi-ri's company director Jun In-sook, Hong Jong-hyun is an employee at the marketing strategies department and Mi-ri's junior Han Tae-joo while Dong Bang-woo is Han Jong-soo, the head of a major firm and Tae-joo's father.

Ki Tae-young is Kim Woo-jin, the owner of publishing company Doldamgil and the editor while Han Ki-woong is Peter Park, Woo-jin's friend and co-owner of Doldamgil.

""Mother of Mine" Delivers Complex Relationship Correlation Chart"
by HanCinema is licensed under a Creative Commons Attribution-Share Alike 3.0 Unported License.
Based on a work from this source