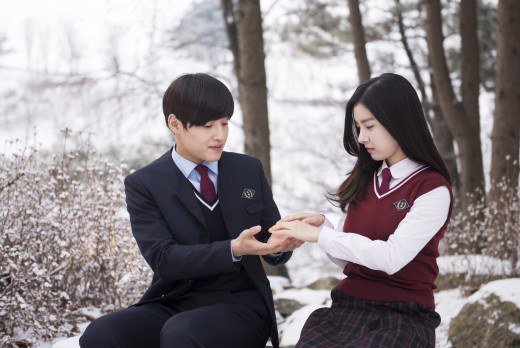 Thriller movie "Mourning Grave" has been pre-sold to 5 Asian countries.

There was high anticipation for Kang Ha-neul who played the role of In-soo, a boy who can see ghosts and Kim So-eun who played the ghost girl. The element of the movie is sentimentalism meets thriller.

The friendship between a boy and a ghost girl in a school appealed to movie buyers.

"Mourning Grave" is an emotional thriller about a boy and a ghost girl who solve the case of the 'bloody mask' and serial disappearances of their classmates. Starring Kang Ha-neul, Kim So-eun, Han Tae-rin, Park Doo-shik and more, it's also director Oh In-chun's debut feature film. To be released on the 3rd of July.

""Mourning Grave" is blazing hot in Asia"
by HanCinema is licensed under a Creative Commons Attribution-Share Alike 3.0 Unported License.
Based on a work from this source