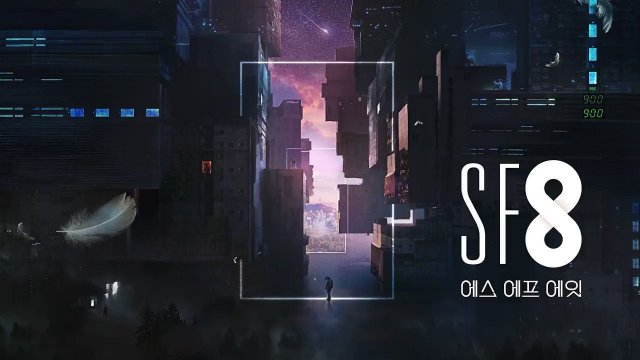 The Korean-style science fiction film "SF8" took off its veil on the 8th.

Director Min Gyoo-dong, co-director of DGK, who is in charge of the overall planning, directed the story of a nursing robot that is more humane than humans. Director Roh Deok's "Female Shaman" featuring characters chasing fortune services, director Han Ka-ram's "Blink" is about a detective who implants an artificial intelligence partner into the brain to investigate a murder case, and director Lee Yoon-jeong-II's "Astronaut Jo-an" is about youth in a world filled with fine dust.

Director Kim Eui-suk's "Human Proof" depicts a mother who suspects Android of killing her son's soul and director Jang Cheol-soo's "White Crow" tells the story of a BJ trapped in a virtual world.

Director Ahn Gook-jin's "You Can't Love in a Week" is a romance between two men and women to prevent the end of the Earth and director Oh Ki-hwan's "Augmented Bean Pod" is a romance of real empathy between a man and a woman who met each other by deceiving each other's faces on VR apps. 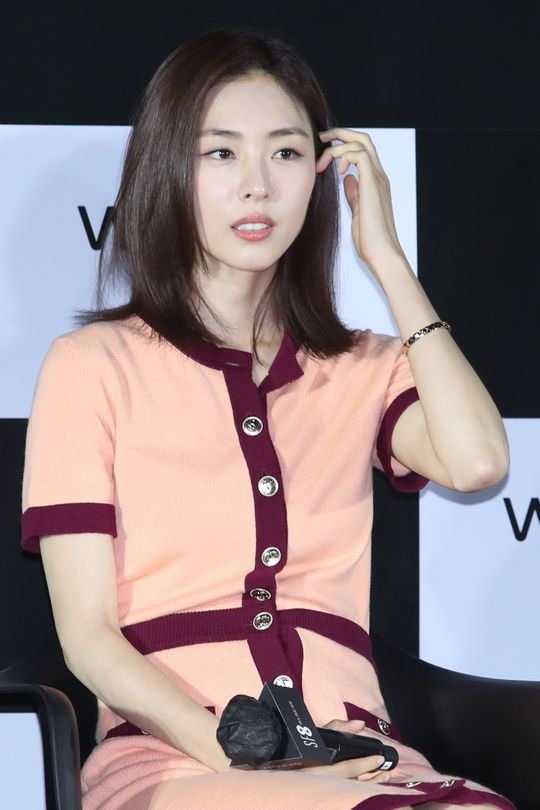 "The total production cost is less than even a small commercial film", director Min Gyoo-dong said at a press conference held on the 8th. "We finished filming within 10 filming sessions for each film. We rushed because the timing of the disclosure was fixed. The production team had a lot of difficulties because it was a SF genre, but there was strange pleasure in finding something new under difficult conditions", he explained.

The project will be unveiled through OTT, broadcasting and new channels at the Bucheon International Fantastic Film Festival. This is the first time that a case has been attempted. "When I first tried, many people said it was reckless", Min Gyoo-dong said. "I hope this project will open up new opportunities for content producers. Some predict that the existing distribution method of movies may change due to COVID-19 which would be very meaningful if creators get new inspiration through this project. We are also watching the possibility that it could lead to the next season", he said.

"SF8" is compared to Netflix's popular SF series "Black Mirror". "Black Mirror" is a solid story that twists and turns directed by many directors each episode. Director Min Gyoo-dong said, "The inspiration given by "Black Mirror" is about 50 minutes", adding, "It may not be a short or long story, but a structure of 'mid-form', a narrative structure that we don't familiarize ourselves with. I wanted to combine SF literary energy with movies. "Black Mirror" is about one person leading to the same view of the world but "SF8" has different directors and writers. Each piece has a different topic, so you can enjoy it according to your taste", he said.

"I thought it was a movie rather than a drama", he said. "In Korea, SF is a Western genre, so there are many things that have not been released yet. Now that the playground has changed, other attempts are likely to emerge, and I think these changes will come as a big wave. In addition to visual competition, SF has many other works that send out fundamental messages. I don't know how viewers will accept the attempt of a small visual, but I want them to see it as an SF work in a different category in quality", he explained.

Director Roh Deok said, "The autonomy of creators was guaranteed rather than the work of commercial assimilation with many interests involved. It was a project where we could discover various possibilities", he said, expressing satisfaction.

"SF8" will be pre-released on Wavve on the 10th and will air on MBC next month.

"Movie/drama Crossover "SF8" Stands up to Netflix "Black Mirror""
by HanCinema is licensed under a Creative Commons Attribution-Share Alike 3.0 Unported License.
Based on a work from this source