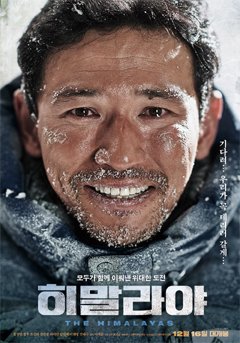 "The Himalayas" attracted over 4 million moviegoers in the first 12 days following its release.

According to the Korean Film Council, the movie achieved the milestone on Sunday after hitting the 1-million-viewer mark in only four days, 2 million in eight days and 3 million in 10 days.

Based on an actual event, "The Himalayas" tells the story of a perilous expedition on Mount Everest led by renowned mountaineer Um Hong-gil to retrieve his late junior climber's body.