Movie "The Thieves" Jun Ji-hyun, why Anycall of all names? 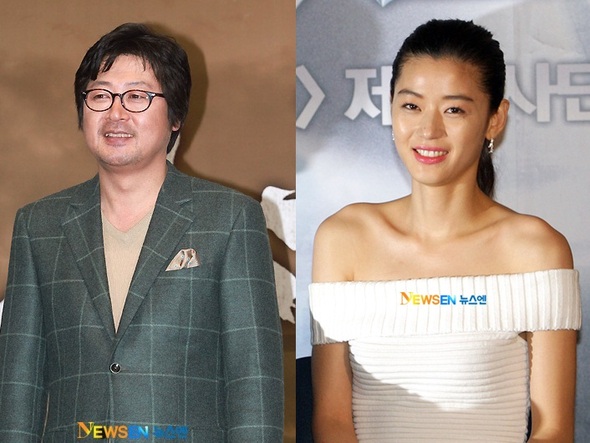 Director Choi Dong-hoon's new movie "The Thieves" (produced by Caper Film and Showbox) featuring Jun Ji-hyun and Kim Yun-seok, is already the talk of the town with its interesting character names.

"The Thieves" is an action flick about a group of smart thieves at a Macao Casino to steal a diamond worth 40 billion Won and is known as the tear of the sun. Interest for the movie is rising as the characters have names are like Anycall and Pepsi.

Pretty looking thief in her late 20s and her name Anycall means, 'works anywhere' and 'works together with anything that has to do with money'.

Pepsi, in her late 30s who was in jail and joins the casino robbery, means to be spicy. She has the strongest personality and a fatal attraction. She is well like Kim Hye-soo from the movie "Tazza: The High Rollers". Pepsi was once Macao Park's partner and is the bad guy role in a love line with him.

Popeye is the strongest but tenderhearted and innocent of the group. He has a crush on Anycall. Kind of boss Zampana is a handsome character who has a love line with the female thief. Zampana is also the name of Anthony Quinn in the 1954 Italian movie "La Strada".

Legendary safe cracker Macao Park leads the overall narrative of this movie and is played by Kim Yun-seok who was in all of director Choi Dong-hoon's "Tazza: The High Rollers", "JEON WOO CHI : The Taoist Wizard" and "The Big Swindle".

"Movie "The Thieves" Jun Ji-hyun, why Anycall of all names?"
by HanCinema is licensed under a Creative Commons Attribution-Share Alike 3.0 Unported License.
Based on a work from this source