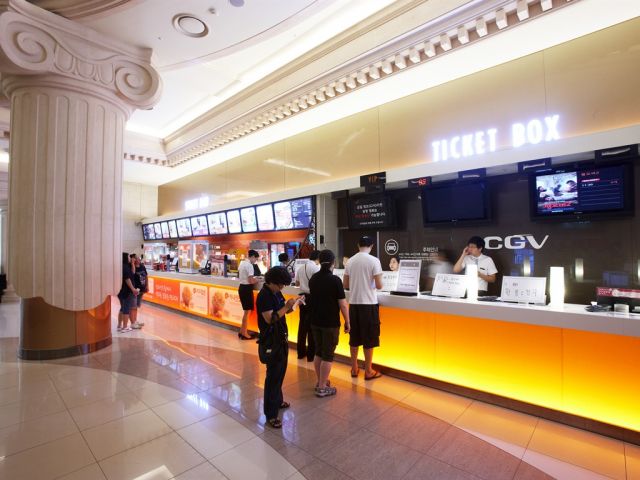 Domestic movies dominated local box office sales in March, according to the latest tally revealed on Thursday. They drew a total of 6.79 million viewers last month, marking a 2.5-fold increase from the same period a year ago.

Domestic movies seized a 60 percent share of box office receipts last month -- the first time in five years that audiences for Korean movies surpassed those watching foreign films in March. In the corresponding month last year, Hollywood productions and other overseas movies gobbled up a 66 percent share of the market.

The total market share of domestic films for 2011 stood at just less than half, or 46.6 percent.

But moviegoers bucked the trend last month, when a total of 11.32 million people visited local theaters. Industry watchers say it is unusual for the number to top 10 million at this time of year, whether it is to watch foreign or domestic films, as March and April are usually considered the slow season.

Industry insiders also point to the fact that the most popular Korean movies last month were all low-budget affairs. The top three movies were "Helpless", "Love Fiction" and "Architecture 101", which all cost less than W4 billion (US$1=W1,128) to produce. In contrast, Hollywood blockbusters such as "John Carter" and "Clash of the Titans" cost tens of billions of won to make but only ranked No. 5 and No. 9 here last month.

Critics say the popularity of domestic films will likely continue as they increasingly deal with a variety of subjects backed by solid plots and themes, rather than limiting themselves to stories about gangsters and love affairs. Others see their dominance of the box office in March as a one-off.

"Moviegoers have regained confidence in Korean flicks after previously growing tired of them, because they have been inspired by seeing films such as "Silenced" and "Punch", which dealt with controversial social issues", said movie critic Jeon Chan-il. "As this trend continues, small-budget Korean movies, which used to be shunned by viewers, have been picking up steam".

One movie production company executive said the figures were slightly skewed due to the paucity of foreign films released in March. "We have to wait and see how domestic films hold up when they have to compete with formidable Hollywood productions in the coming months", he added.

"Moviegoers Surpass 10 Million in March, Despite Slow Season"
by HanCinema is licensed under a Creative Commons Attribution-Share Alike 3.0 Unported License.
Based on a work from this source