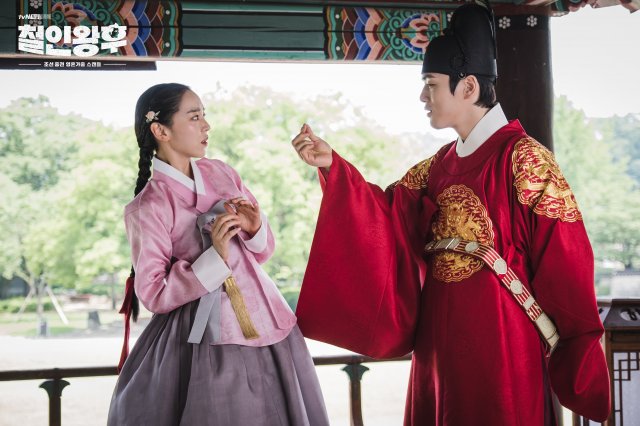 "Mr. Queen" Shin Hye-sun and Kim Jung-hyun are out to take control of comedy on another level.

The new tvN Saturday-Sunday drama "Mr. Queen" released still cuts of Shin Hye-sun and Kim Jung-hyun who have completely blended into their characters. 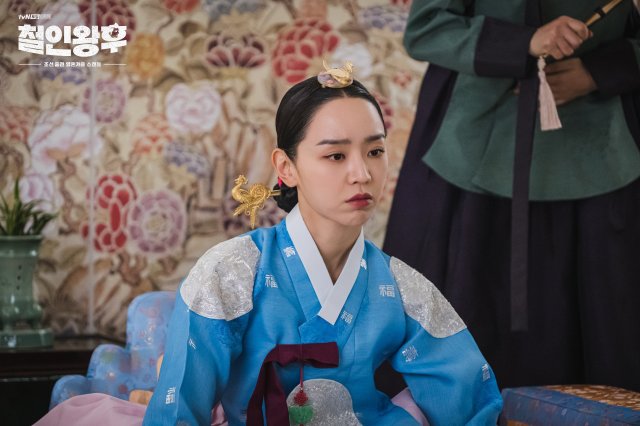 The meeting between Shin Hye-sun and Kim Jung-hyun is considered one of the best viewing points of "Mr. Queen". As if to prove their keen interest, explosive responses poured in, such as dominating real-time search terms on portal sites as soon as teaser videos and character posters were released. 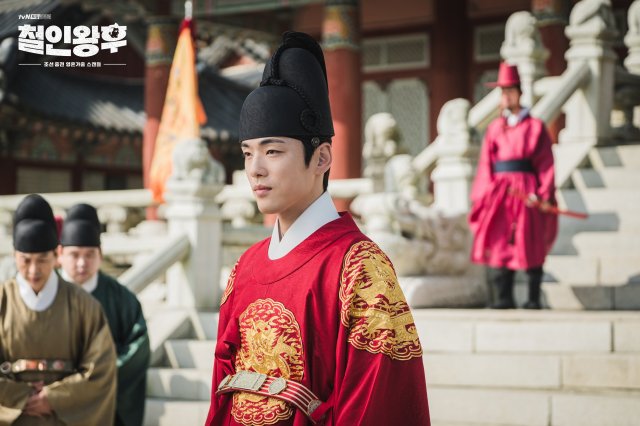 Meanwhile, the images of Shin Hye-sun and Kim Jung-hyun, which were released, are all the more exciting. First of all, Shin Hye-sun's transformation as Kim So-yong, a queen with the free-spirited soul of a Blue House chef, catches the eye. Unlike her graceful appearance, her sulky face makes people laugh as if she can't believe the reality that she became a queen overnight. How the extraordinary survival period of the Joseon will unfold, which will be shown by Kim So-yong, a troubled soul trapped in the body of the Joseon Dynasty, where strict discipline exists, is highly anticipated.

It is also interesting to see Kim Jung-hyun, who turns into a two-faced King named Cheoljong, hiding secrets behind his fluffy smile. His stout and elegant aura, with eyes full of boredom, makes viewers excited. King Cheoljong is a shabby and easygoing scarecrow king on the surface, but he is actually sharper and sturdier inside than anyone else. He has a gentle smile, but his sharp eyes that seem to see through his opponent add to the curiosity about the character. With his charismatic and sly acting, Kim Jung-hyun creates a new character.

In the following photo, Kim So-yong and Cheoljong give off a 'growling' chemistry. The contrast between Kim So-yong, who looks displeased at the slightest act, and Cheoljong, who observes Kim So-yong, who is somewhat different from Kim So-yong, stimulates curiosity. The two actors' performances in the Joseon Dynasty's as a 'show window couple' crosses the line of fresh excitement.

The production team of "Mr. Queen" says the synergy between Shin Hye-sun and Kim Jung-hyun is perfect and their out of this world acting can be looked forward to as they will bring about a whole new version of fusion historical comedy.

"Mr. Queen" premieres on the 12th of December.

""Mr. Queen" Shin Hye-sun and Kim Jung-hyun's Inspiring Comedy Act"
by HanCinema is licensed under a Creative Commons Attribution-Share Alike 3.0 Unported License.
Based on a work from this source