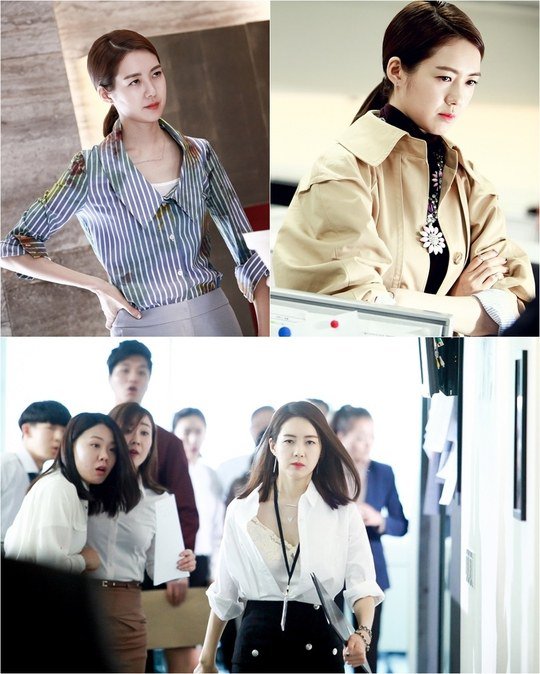 Actress Lee Yo-won is back as a majestic, 'strong woman'.

Stills from the new JTBC drama "Ms. Temper and Nam Jung-gi" have been released.

The pictures show Lee Yo-won rid of the elegant image she's been carrying around and back as 'strong woman' Ok Da-jeong. Her shirt looks torn with her underwear showing but she's power walking. She doesn't care about the eyes around her and is haughty. This shows Ok Da-jeong's real personality. She looks cold as she's staring at someone. She's cold and charismatic and she has left a strong impression on her first appearance. 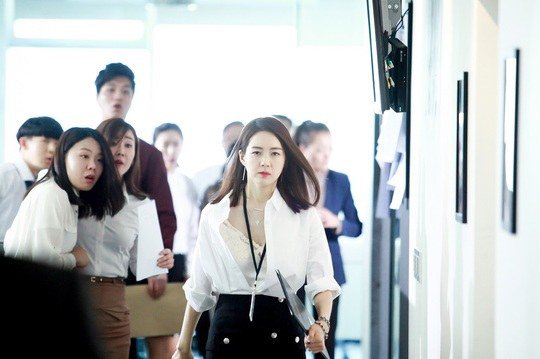 Prior to the shoot, Lee Yo-won appeared on site and shared greetings with the staff. She went through the script with director Lee Hyeong-min and repeated her routine over and over again. She made sure not to lose a single detail. The 2 years and 6 months that she's been gone is almost unbelievable as it's as if she never left.

Lee Yo-won has put a lot of work into transforming her fashion, hairstyle and looks. The 'office-look' worn by Ok Da-jeong is also something to look out for. Expectations for the 'strong woman' are increasing and "Ms. Temper and Nam Jung-gi" just might be another one of her successful dramas. 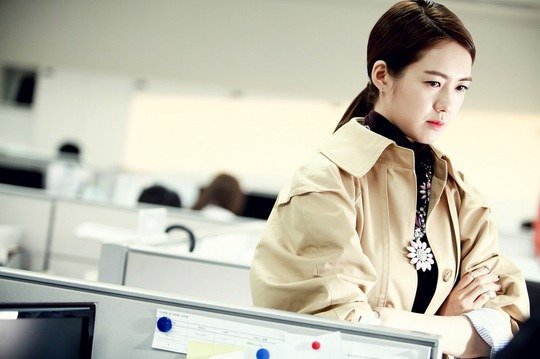 After the first take, Lee Yo-won said, "It's been a while since I've been in a drama. I wanted to try out the role as it's something I've never done before and it seemed fun. The cast get along well and I hope the viewers enjoy watching the drama". 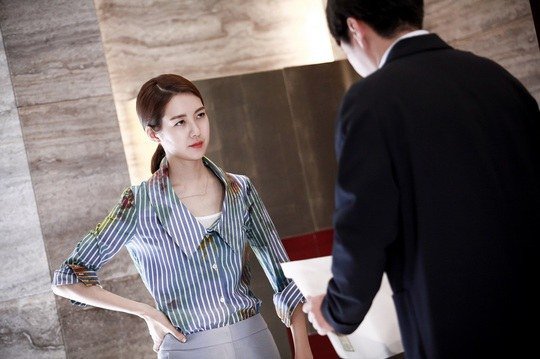 Lee Yo-won takes on the role of Ok Da-jeong, the youngest team manager of a huge cosmetic brand. She has been through three divorces and doesn't care what others say about her. She has a hot temper which earned her the nickname 'hot headed Da-jeong'. She lives by the principles that 'suppressing anger three times makes you a fool and the end of kindness is stupidity'. She doesn't deal with injustice and treats people however she wants despite their social status.

Meanwhile, "Ms. Temper and Nam Jung-gi" is directed by Lee Hyeong-min and written by Joo Hyeon-I and it's about the sad and happy things in life we live by.

""Ms. Temper and Nam Jung-gi" Lee Yo-won walks majestically in ripped shirt"
by HanCinema is licensed under a Creative Commons Attribution-Share Alike 3.0 Unported License.
Based on a work from this source