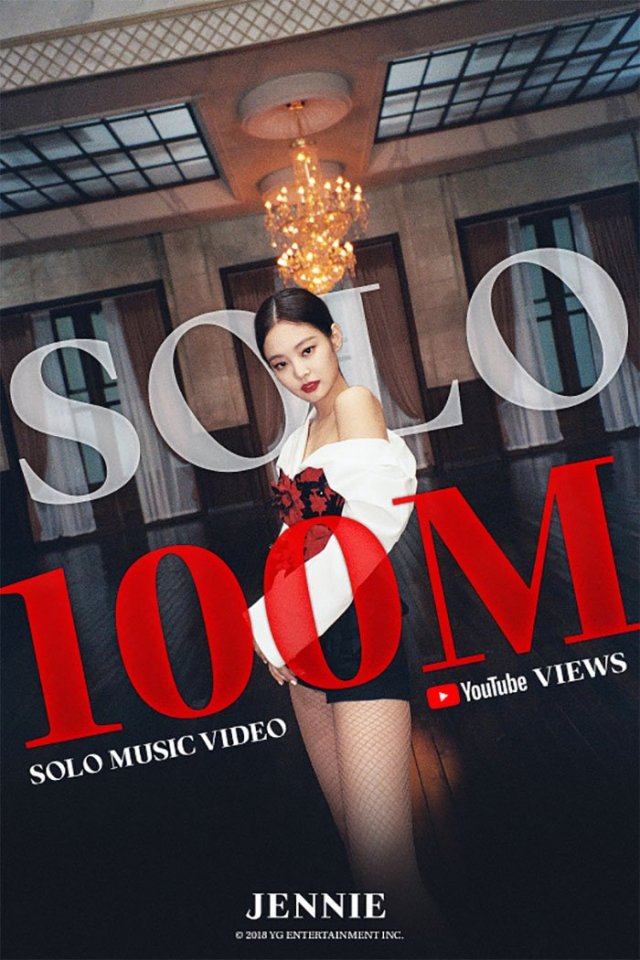 The music video of the single "Solo" by Jennie, a member of girl group Black Pink , garnered more than 100 million views on YouTube as of Thursday.

The achievement came in 23 days after her first single's release on Nov. 12, the shortest time ever for a solo female Korean singer.