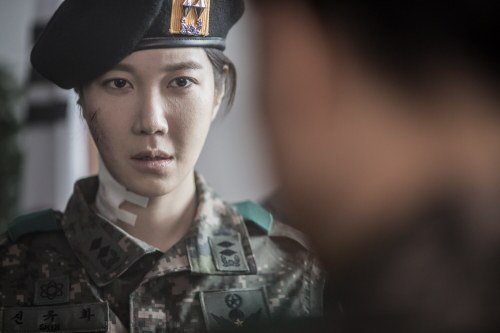 The premiere of "MUSUDAN" was held on the 26th. Lee Ji-ah, Kim Min-joon, Do Ji-han, Kim Dong-young, Oh Jong-hyuk, Park Yoo-hwan, Jung Jin-I and the director attended the premiere.

Lieutenant Jo Jin-ho (Kim Min-joon) and sub-lieutenant Sin Yoo-hwan (Lee Ji-ah) who specializes in biochemistry, are told to find out the truth behind the mysterious deaths and missing cases at the DMZ. Then they sense something strange there.

All attention was focused on Lee Ji-ah at the premiere. She said, "This is actually my first official movie. Everything looks emphasized on the screens so I am very nervous. I was drawn to this movie because of the elements of it. An actress playing a soldier at the DMZ is not something you come across every day".

Director Goo Mo seemed very happy with Lee Ji-ah's fighting spirit. He said, "At the final scene, Lee Ji-ah fainted. She reminded me of a junior officer who passed out during a military march. We were on a tight schedule so she must have been tired. She was exhausted. However, she made it to the end and I was touched by her efforts and so was Kim Min-joon". Kim Min-joon said, "There were a lot of bugs on the ground during filming. I didn't tell her about them in case she was scared. A lot of worms died under her (laugh). As a woman, it wasn't easy for her to deal with all this". 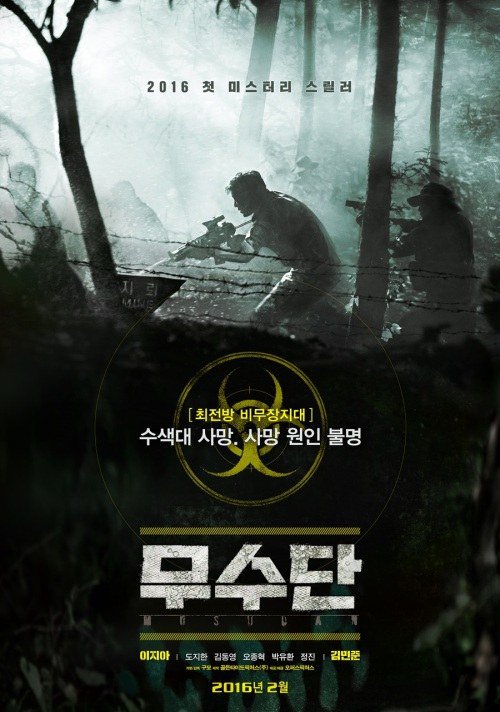 ""MUSUDAN" Lee Ji-ah's fighting spirit"
by HanCinema is licensed under a Creative Commons Attribution-Share Alike 3.0 Unported License.
Based on a work from this source