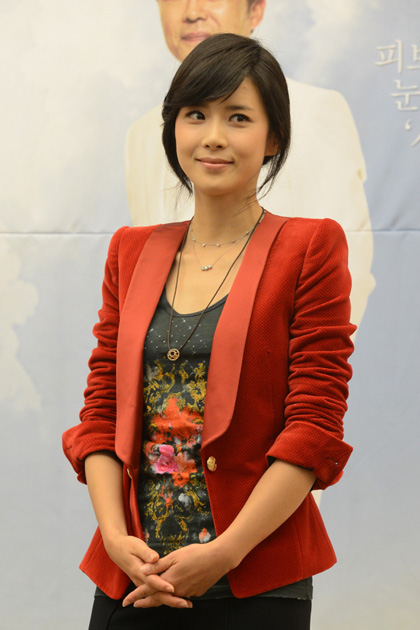 "We are next to "My Husband Got a Family" so we have been blessed".

At the preview of the new KBS 2TV weekend drama "My Daughter Seo-yeong" on the 11th, Lee Bo-young expressed her thoughts about her title role.

Lee Bo-young was cast close to the making of the first episode. In the role of Seo-yeong was actually Choi Jung-won but it fell through due to her scheduling matters. It's true there were many voices of concern about the sudden change in leading role since it is going to be a long ride once on. Lee Bo-young said, "It wasn't that hard because I got the script in May. I thought it was a cool character and I got used to it soon".

Lee Bo-young takes on the role of ice princess Seo-yeong, who lost all smiles and is alert for tears in her cold and hard life. Due to her father who is unemployed and endless debts, she goes through terrible poverty. There's not a job she hasn't done to make money for her twin brother Sang-woo (Park Hae-jin) to go to university first.

"I wanted the role but I think it's a difficult character to relate to the viewers as she is one without an expression. She may look monotone and boring and she hates her parents so I'm worried".

With the touching story of a father who is willing to take in even the coldness from his daughter who wants nothing to do with her parents, "My Daughter Seo-yeong" is coming on the 15th of this month at 7:45PM.

""My Daughter Seo-yeong" Lee Bo-young, 'we've been blessed'"
by HanCinema is licensed under a Creative Commons Attribution-Share Alike 3.0 Unported License.
Based on a work from this source