"My Girlfriend Is an Agent" to get Bollywood remake 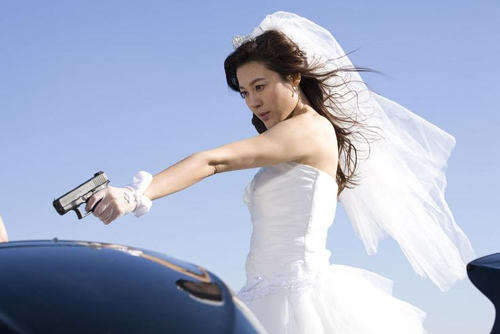 The South Korean hit "My Girlfriend is an Agent"will be seeing an official Hindi remake with the major Indian production company UTV Motion Pictures and Bollywood filmmaker Imtiaz Ali (Rockstar, Jab We Met) co-producing.
The original romantic action comedy was directed by Shin Terra, with popular stars Kim Ha-neul and Kang Ji-hwan in the leads. The film is about two secret agents hiding their identities from each other while trying to stop a Russian crime organization from stealing an advanced chemical weapon.
"My Girlfriend is an Agent" clocked up more than 4 million admissions after Lotte Entertainment released it in April, 2009.
Sales agent M-line Distribution was involved in the remake deal with UTV. This marks a notable development as Bollywood films had notoriously often done unofficial remakes of foreign films, as in the case of Zinda (2006), which most reviewers consider a remake of PARK Chan-wook's "Old Boy" (2003).
Acclaimed choreographer Bosco, whose credits include 3 Idiots and Swades: We the People, will make his directorial debut with the remake of "My Girlfriend is an Agent". The film will also mark Imtiaz's wife, Preety Ali's first production with her company PI Films.
"It is very exciting. It seems like full on fun - both the film and the making. A crazy, high energy noholds barred roller coaster with this highly huggable hero and highly hyper heroine. Most exciting for me is that Bosco is directing it. I don't think many people know how to put fun on screen like Bosco", said Imtiaz Ali in a press statement.

""My Girlfriend Is an Agent" to get Bollywood remake"
by HanCinema is licensed under a Creative Commons Attribution-Share Alike 3.0 Unported License.
Based on a work from this source