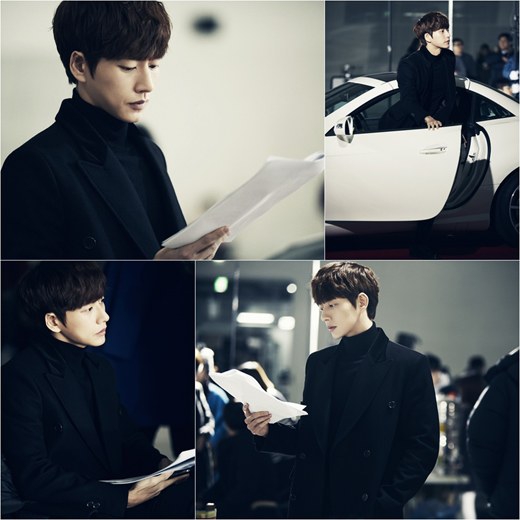 Actor Park Hae-jin is engrossed in his script.

Pictures of the actor from the SBS drama "My Love from the Star" were revealed on the 5th.

Park Hae-jin looks sad as he is looking in his script. The usual bright actor is nowhere to be seen and makes one wonder what's wrong.

According to his agency, these pictures were taken on the 29th last month for the fourteenth episode of the drama and he's just very concentrated on his script.

Netizens say, "Our Hwi-kyeong is so special", "He's a god", "Any way you take it, his pictures are amazing" and more.

Meanwhile, Park Hae-jin has approached his sociopath brother Lee Jae-kyeong's (Shin Sung-rok) secret and seems to be the key to the twist.

""My Love from the Star" Park Hae-jin as Lee Hwi-kyeong"
by HanCinema is licensed under a Creative Commons Attribution-Share Alike 3.0 Unported License.
Based on a work from this source