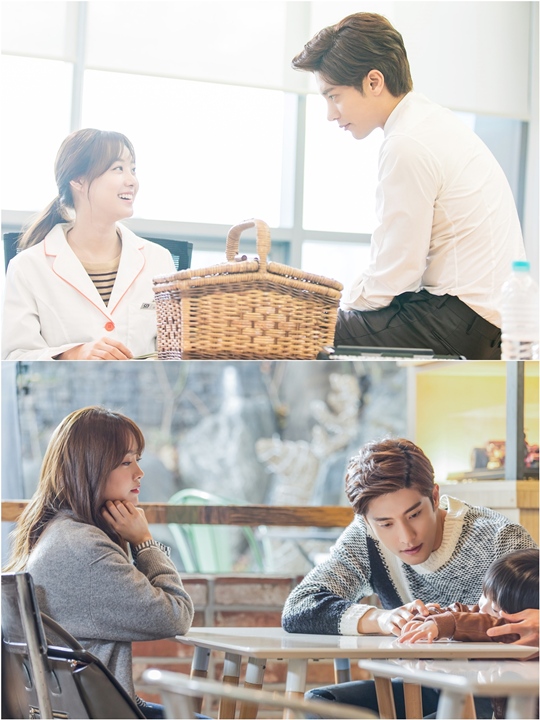 Sung Hoon talked about working with Song Ji-eun on the new OCN drama "My Secret Romance".

"My Secret Romance" is about a man and a woman who have a one night stand but run into each other again 3 years later as a workaholic deputy director and his company nutritionist. Sung Hoon and Song Ji-eun take on the roles of the deputy director Cha Jin-wook and nutritionist Lee Yoo-mi.

Sung Hoon said, "Ji-eun really absorbs by ad-libs well at any time. She jokes around with me and makes me feel relaxed".

They recalled a similar episode from the making. Sung Hoon said, "We were in Kangwondo and it was so cold and tough. She did a good job".

Song Ji-eun said, "We were filming the scene where I turn my back on Sung Hoon crying and he helped me through it. It wasn't his emotional scene but he was good support".

Like this, the two have learned to co-work with each other, increasing anticipation for the drama and emphasizing their chemistry.

"My Secret Romance" will be released on Oksusu (Android, iOS) on the 14th of February and on TV on the 17th.

""My Secret Romance" Song Ji-eun and Sung Hoon"
by HanCinema is licensed under a Creative Commons Attribution-Share Alike 3.0 Unported License.
Based on a work from this source