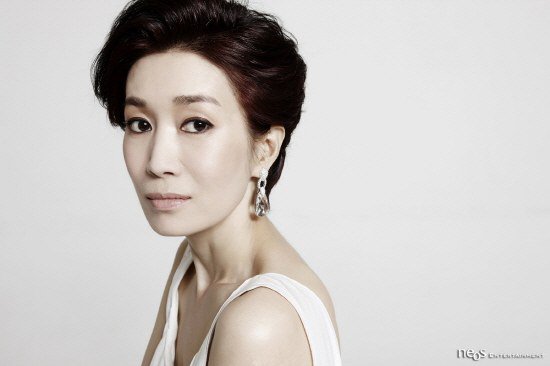 Na Young-hee is starring in the new SBS drama "I Have a Lover".

"I Have a Lover" is about a woman with amnesia who hates her husband, falling in love with him again. A pair of twins reunite 30 years later after a dramatic life. The drama is written by Bae Yoo-mi and is directed by Choi Moon-seok.

Na Young-hee plays a wealthy lady named Hong Se-hee and she is also the mother-in-law to Do Hae-kang (Kim Hyun-joo). As a former Miss Korea, Hong Se-hee is beautiful and has a considerate and generous trait but she becomes mean and indifferent throughout the drama.

Na Young-hee is someone who will do anything for her son and won't express her feelings in times of good or bad.

She played Midas in the recent KBS 2TV drama "Producers" who brought Cindy (IU) to fame. "I Have a Lover" will be released in August.

"Na Young-hee to star in "I Have a Lover" as a wealthy lady"
by HanCinema is licensed under a Creative Commons Attribution-Share Alike 3.0 Unported License.
Based on a work from this source