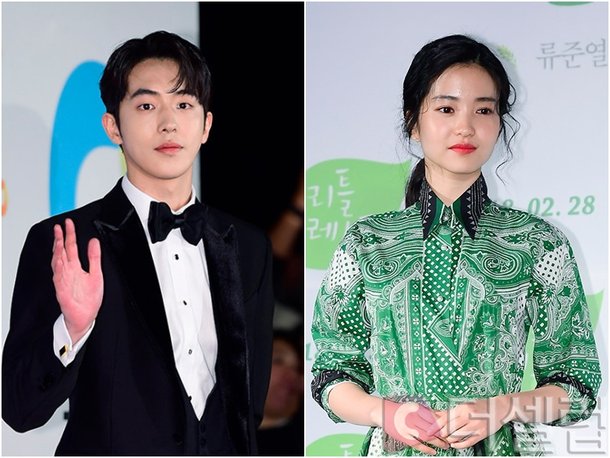 Actors Nam Joo-hyuk and Kim Tae-ri are considering the new tvN drama "Twenty-Five Twenty-One", according to their agencies on the 26th.

"Twenty-Five Twenty-One" depicts a story from 1998 to 2021. In 1998, twenty-two and eighteen meet for the first time in an uneasy year as the whole world shook and called each others' name and when they became twenty-three and nineteen, they hurt each other. In the year of twenty-four and twenty, they relied on each other, and they loved only when they were twenty-five and twenty-one.

Nam Joo-hyuk was offered the role of a UBS sports journalist Baek Yi-jin. Kim Tae-ri is considering the role of Na Do-hee, a national fencing athlete from high school.

"Twenty-Five Twenty-One" is written by Kwon Do-eun and directed by Jung Ji-hyun and premieres this winter.