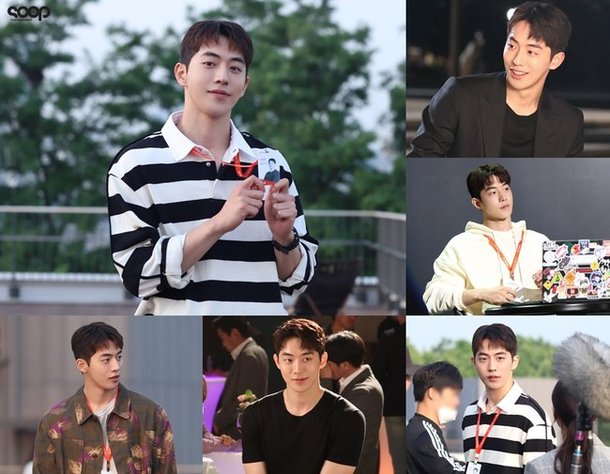 Actor Nam Joo-hyuk has completely blended into his character.

The new tvN drama "Start Up" stars Nam Joo-hyuk as Nam Do-san, the founder of Samsan Tech and a left-brained human being. He has been receiving positive reviews for his portrayal of a pure character who has kept himself away from relationships and maintaining the aspect of a responsible founder and genius developer of Samsan Tech.

Photos of Nam Joo-hyuk released on the 4th show that he breathes as Nam Do-san. Nam Joo-hyuk's smile, , boasts his character and high synchro rate, with his naive charm and sometimes manly charm with intense eyes. In particular, the scene of proudly holding up the Sandbox pass and smiling brightly at the camera makes even viewers smile with the passion of fresh youth.

The story of Nam Do-san, which is full of ups and downs, is being told to viewers through Nam Joo-hyuk. Do-san, who is clumsy, is gaining support from viewers as he seems to represent the reality of poor youth with a 180-degree change in his efforts.

In addition, his approach to Dal-mi (Bae Suzy) brings in a lovely effect to the drama and they are being called 'the Do-Dal couple'.

"Start Up" broadcasts evert Saturday and Sunday at 9PM.

"Nam Joo-hyuk Blends in With his Character 200% in "Start Up""
by HanCinema is licensed under a Creative Commons Attribution-Share Alike 3.0 Unported License.
Based on a work from this source