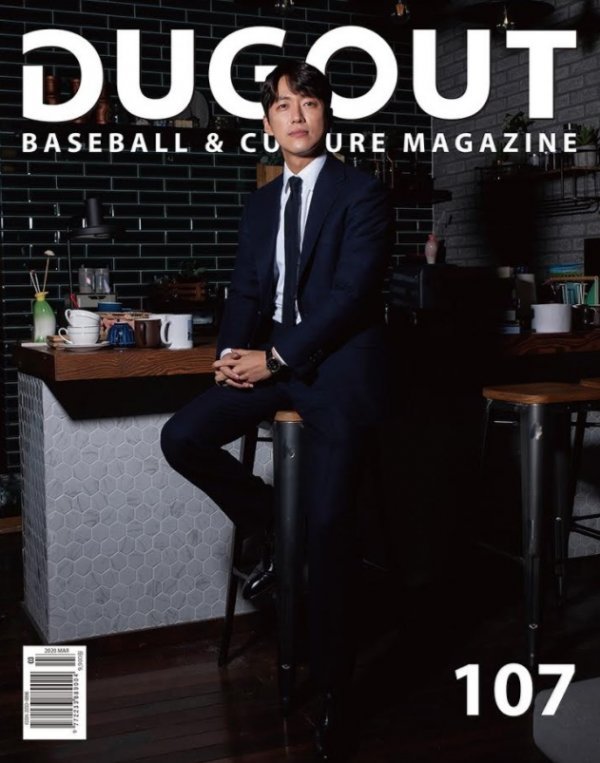 Actor Namgoong Min is the first non-baseball related person to be on the covers of Dugout.

The actor is on the covers of the March issue of Dugout, a baseball culture magazine, as a result of the Baek Seung-soo craze.

Namgoong Min is styled in a Baek Seung-soo trademark suit with a charismatic and relaxed pose. The backdrop of the picture appears to be the Dreams office.

Namgoong Min led the SBS drama "Stove League" as captain Baek Seung-soo of a lousy baseball team. He played yet another 'life role', as he won over not just existing fans, but baseball fans as well.

Baek Seung-soo doesn't give in to injustice and lands satisfactory blows with a poker face. Every single one of his lines are gratifying and emotion changing, as he displays the changes Baek Seung-soo goes through with his eyes.

"Stove League" also earned a new fan base, which doesn't just consist of female fans, but male and baseball fans too. In the baseball community, a bulletin had been activated even before the drama and was broadcasted like a live-time game.

Namgoong Min did it again with "Stove League" and proved himself a worthy actor.

The March issue of Dugout featuring Namgoong Min's interview will be out in online and offline bookstores.

"Namgoong Min Channels Baek Seung-soo on the Covers of Baseball Magazine"
by HanCinema is licensed under a Creative Commons Attribution-Share Alike 3.0 Unported License.
Based on a work from this source