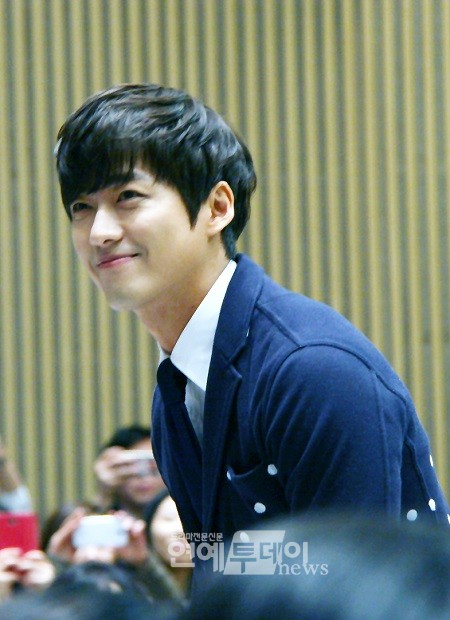 Actor Namgoong Min will play Nam Gyu-man, who is a high-handed and arrogant third generation plutocrat in SBS' new drama, "Remember", which will begin in December this year. His character Nam Gyu-man is a successor of a chaebol company, who indulges in seeking pleasures and extravagant lifestyle daily and also suffers from impulse control disorder.

He is the axis of a large villainous entity, who pushes the main character, Yoo Seung-ho (Seo Jin-woo) into the extremely dangerous crisis.

When Namgoong Min starred in SBS' 'The Girl Who Sees Smells' last April this year, he captivated the drama fans with his impressive acting performances for his villain role.

Namgoong Min said, "I'm happy to meet the drama fans through this great work, "Remember". Although I'm returning with a villain role again after 'The Girl Who Sees Smells', the role has a different feel to it. As I consider this is a new challenge. I've decided to take on the role" and "He is a really bad guy, but I hope the viewers would not hate me too much for this".

The first episode will air once "The Village: Achiara's Secret" has finished in December this year. The new drama is anticipated to conquer the small screens during the second half of this year for its thrilling intense storyline about a lawyer, who has incredible memory and fights against the enormous power to clear a false charge laid on his imprisoned father.

It is a collaboration among Logos Film, the production company of 'My Husband Got a Family' and "Good Doctor", writer Yoon Hyeon-ho of "The Attorney", which drew the 10 million viewers, and PD Lee Chang-min-I, well-known for his sophisticated directing as seen in 'Birth of a Beauty'.

As soon as the drama confirmed Yoo Seung-ho and Park Min-young for the leading actor and actress, the drama garnered heated attention through four different online portal sites. Although the filming has not begun at the moment, netizens are sharing the details of the production status and future filming locations.

An associate with Logos Film said, ""Remember" will deliver such entertainment to the drama fans based on the strong storylines and endless plot twists" and "We cannot think of anyone else other than Namgoong Min for the role, who will bring the Nam Gyo-man character to life 100%".

"Namgoong Min returns as a villain again in 'Remember' also starring Yoo Seung-ho and Park Min-young"
by HanCinema is licensed under a Creative Commons Attribution-Share Alike 3.0 Unported License.
Based on a work from this source