Nana, Ahn Kil-Kang and Jang Hye-jin, a Unique Family in "Into The Ring" 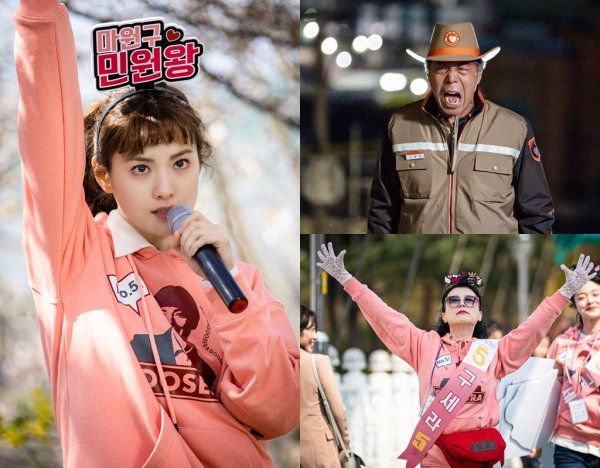 The chemistry between Nana, Ahn Kil-kang and Jang Hye-jin begins in the new drama "Into The Ring".

The new KBS 2TV drama is an office romantic comedy in which Goo Se-ra, the queen of civil complaints, interferes, protests, solves and even dates at the district office and Seo Gong-myeong, a fifth-degree official with principles who gets demoted. Besides the bubbly characters that tease synergy in the drama, there are characters that can't be missed in the drama as well and they are Goo Se-ra's family, also known as 'Se-ra family'.

The still of Goo Se-ra's 'patch slap' was a big deal. Reactions say it depicts Goo Se-ra's characteristic of having to say what's on her mind. This unique characteristic of hers comes from her father, Goo Yeong-tae (Ahn Kil-kang) and mother Kim Sam-sook (Jang Hye-jin), who seem ordinary, but are not so much.

Goo Yeong-tae is going through a third adolescence. After retirement, he opened a chicken restaurant and failed and now he works as an elementary school sheriff. At first glance, he looks like the last king of patriarchs, but he's a fool for his daughter and wife. Goo Yeong-tae, dressed as a sheriff in the picture, makes people laugh.

Kim Sam-sook is an old lady who loves morning dramas and the queen of part-time jobs. She is a woman full of excitement who doesn't hesitate to dance when she hears music somewhere. However, there is a fatal disadvantage of her causing trouble that requires monetary settlements although she's kind and has her heart in the right place. She's as lovely and cute as her daughter Goo Se-ra. Kim Sam-sook's comic presence in the picture is already strongly attracting.

The chemistry between Goo Se-ra, Goo Yeong-tae and Kim Sam-sook is expected to be wild and they can be seen on the 1st of July at 9:30PM.

"Nana, Ahn Kil-Kang and Jang Hye-jin, a Unique Family in "Into The Ring""
by HanCinema is licensed under a Creative Commons Attribution-Share Alike 3.0 Unported License.
Based on a work from this source