Nana and Park Sung-hoon Confirm Roles in "Into The Ring" 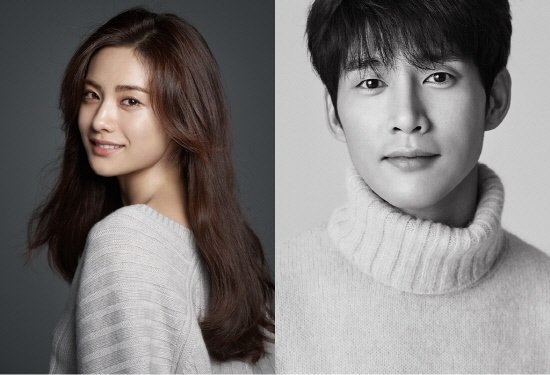 Nana and Park Sung-hoon are starring in "Into The Ring".

The new KBS 2TV drama "Into The Ring" is an office rom-com about Goo Se-ra (aka Tiger Moth), who doesn't get a job, but is tagged 'the queen of civil complaints' who likes to interfere, protest, resolve and date at the district office.

Nana is a 'dirt spoon' with no money and low-specs but is a great bluff. She's a character who has done it all, from intern, to contract worker, dispatch worker, office assistant and other part-time jobs. Goo Se-ra's hidden nickname is 'Tiger Moth'; once she gets stuck on something, she won't stop and continue to make civil complaints over and over again. Like her name, she's steadfast and leads the story in "Into The Ring".

Nana started standing out as an actress through various dramas such as "The Good Wife" and "Kill It", and the film "The Swindlers". She also made a strong impression of herself in "Justice", hence, the anticipation for her character transformation in "Into The Ring".

Park Sung-hoon takes on the role of Seo Gong-myeong, a fifth grade civil worker with strong principles. He's extremely good looking and is very good at his job, but he's very bad-tempered. He is nicknamed 'serial demoter' for being moved around so much within the office. Things get complicated for him when he meets Goo Se-ra.

Park Sung-hoon is an active actor who portrays any kind of character on screens, dramas and stages. He's played a handsome and warm doctor to a psychopath. It's hard to believe they were played by the same person.

"Into The Ring" airs in July.

"Nana and Park Sung-hoon Confirm Roles in "Into The Ring""
by HanCinema is licensed under a Creative Commons Attribution-Share Alike 3.0 Unported License.
Based on a work from this source