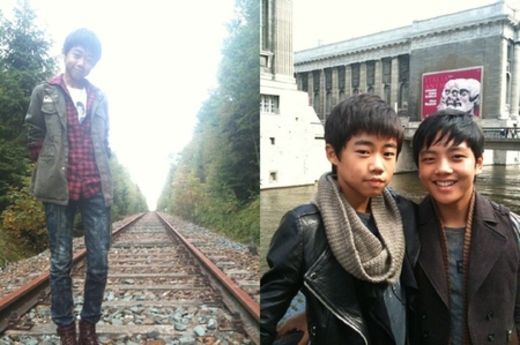 Park Ji-bin showed a more mature version of him via twitter. He has been growing so rapidly that many netizens call it 'Storm Growth Rate".

This is an interesting news since his image was always a cute little boy. He started his acting career when he was 7. He gained respect from viewers through the drama 'Boys over Flowers', movie 'Little Brother', and more.

He had lots of limits and difficulties in his acting career since he looked younger compare to other boys at his age.

On the other hand, Park Ji-bin got a main role in the upcoming movie, 'Miracle - Movie", which will be released in early 2011.

"Nation's little brother, Park Ji-bin, is showing rapid growth?"
by HanCinema is licensed under a Creative Commons Attribution-Share Alike 3.0 Unported License.
Based on a work from this source