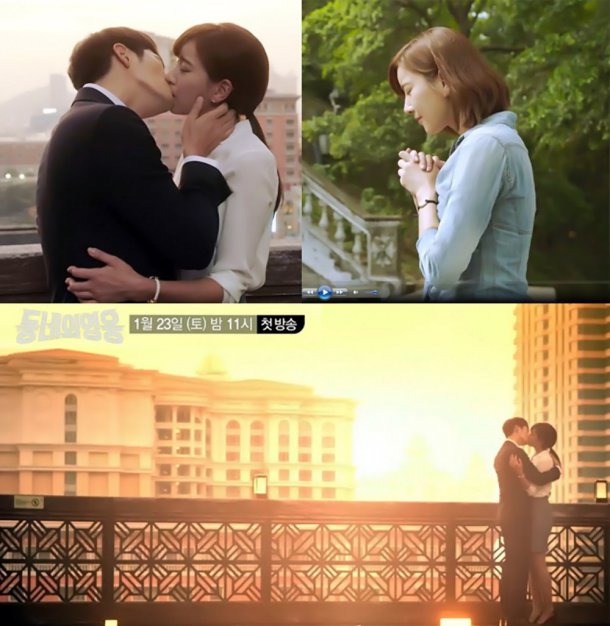 Actress Choi Yoon-so kissed Park Si-hoo in the OCN drama "Neighborhood Hero". The kiss scene was affectionate as ever, which was taken in the Macao background.

Choi Yoon-so's role of Kim Seo-ahn is an outstanding secret agent who is intelligent and an excellent fighter. Baek Si-yoon (Park Si-hoo) is a senior on her team and they secretly develop feelings for each other.

For a secret operation scene, the crew moved to Macao where the city was taken in a single capture.

Meanwhile, "Neighborhood Hero" is the story of a former black agent who has been through a rough patch, meeting an unofficial young man who wants to become a police and fighting crime. The cast includes Park Si-hoo, Lee Soo-hyuk, Choi Yoon-so, Kwon Yuri, Jung Man-sik, Yoon Tae-young, Jo Sung-ha and more.

""Neighborhood Hero" Park Si-hoo and Choi Yoon-so's kiss scene"
by HanCinema is licensed under a Creative Commons Attribution-Share Alike 3.0 Unported License.
Based on a work from this source